Harry Potter and the Prisoner of Azkaban by J.K. Rowling

For twelve long years, the dread fortress of Azkaban held an infamous prisoner named Sirius Black. Convicted of killing thirteen people with a single curse, he was said to be the heir apparent to the Dark Lord, Voldemort. Now he has escaped, leaving only two clues as to where he might be headed: Harry Potter's defeat of You-Know-Who was Black's downfall as well. And the Azkban guards heard Black muttering in his sleep, "He's at Hogwarts...he's at Hogwarts." Harry Potter isn't safe, not even within the walls of his magical school, surrounded by his friends. Because on top of it all, there may well be a traitor in their midst.

Although not my favourite in the series (the winner of this title is the next in line - Harry Potter and the Goblet of Fire), this definitely comes a close second. There are many reasons for this, but the main one is how large a leap it is from Chamber of Secrets. Things start to get very serious (and very Sirius), very quickly. The story is darker, bordering on deadly in places, and it's full of suspense. I also feel that the story in this one is the most intricate of the first three, with lots of lovely little details woven into the plot; the kind that make you breathe, "Oh!", once you realise their significance. Lovely!Another exciting thing about this book is the deeper insights we are given into certain characters - Snape in particular. We're given a lot more of his past, and how he has come to hate Harry with such venom. I feel Dumbledore is shown a new light here too - he can be quite shrewd when he wants to be, and perhaps isn’t the jolly old gentleman we thought he was in the first two installments.Most of all, our introduction to the Marauders is my favourite part of the novel. It's wonderful to see Harry presented with information about his father, and watching him meet some of the most important people in his father's life. Sirius and Lupin are two of my favourite characters of the series, and I really love meeting them all over again each time I read Prisoner of Azkaban.Things are beginning to get exciting; so much so that I am almost dreading reading Goblet of Fire. It’s about to get real.
Posted by JK at 16:18 No comments: 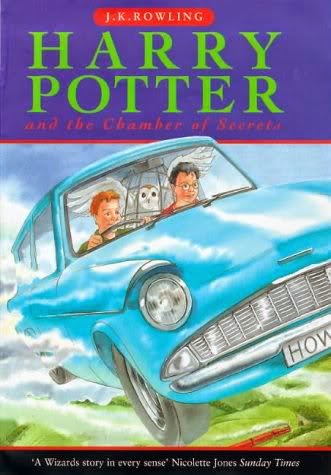 Harry Potter and the Chamber of Secrets by JK Rowling

Harry is returning to Hogwarts School of Witchcraft and Wizardry after the summer holidays and, right from the start, things are not straightforward. Unable to board the Hogwarts express, Harry and his friends break all the rules and make their way to the school in a magical flying car. From this point on, incredible events happen to Harry and his friends--Harry hears evil voices and someone, or something is attacking the pupils. Can Harry get to the bottom of the mystery before it's too late?


This was just as delightful as the first, full of mystery, intrigue, and most of all, heart!

It is amazing how light and fun-filled these earlier installments seem to be when thinking about later episodes in Harry's life, and how horrifically dark these turn out to be. Despite Harry's run-ins with Lord Voldemort in the first couple of books, it really does all seem very jolly, ha-ha, Quidditchy in the beginning. I like this to an extent, as it's nice to see Harry having a pleasant(ish) childhood before things start to get messy. I don't like the feeling of sheer dread that comes with this, though, knowing what the poor boy will have to go through in a few years time (not to mention how emotionally distressing I always seem to find it, no matter how many times I have been through exactly the same events in the past).Again, Rowling's imagination is fantastic here, and I can't praise her characters enough. We are introduced to Gilderoy Lockhart, who is obessed with his own fame and incredibly self-absorbed. Rowling has written him in such a way that we can completely identify with him - after all, there is a Gilderoy Lockhart imitation in everyone's life.I particularly like this novel because Harry destroys the diary. I wouldn't want to go into detail and risk posting a huge spoiler; however I am sure the most Potter-hardcore of those who read my blog will know how monumental a moment this is on Harry's journey - even if he doesn't know it yet.It's the little things that make the books work. De-gnoming at the Burrow, Floo powder, Howlers, Valentines dwarves, broken wands, flying cars - the Whomping Willow! It's all so exciting and different, yet glaringly believable. I cannot fault the stories at all.Onwards, upwards, and further into the wizardly darkness I go.
Posted by JK at 19:06 No comments: 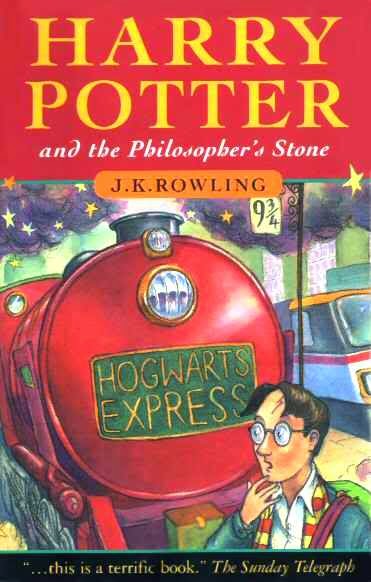 Harry Potter and the Philosopher's Stone by JK Rowling

Harry Potter thinks he is an ordinary boy - until he is rescued by an owl, taken to Hogwarts School of Witchcraft and Wizardry, learns to play Quidditch and does battle in a deadly duel. The reason: Harry Potter is a wizard!

After my birthday visit to Harry Potter Studios, I couldn't wait to read the books again. After much cajoling from close friends (thank you), I decided to throw caution (i.e. my book list) to the wind, and read the Potters back to back once again. I can read these old favourites countless times, but how many times can I review them without gushing and repeating myself? Below is my recycled review from 2011 - all sentiments still very much agreed with:

Meeting Harry again at the beginning of his wizarding career is a pleasure. He is so innocent and vulnerable that Rowling makes you feel that he really deserves all of the wonderful things that happen to him. He hasn't been tainted by the cruelty he's been subjected to by his horrid aunt and uncle, and you can almost feel his essential goodness emanating from the first few pages. I remember completely falling in love with him when I was younger, and I am still in love with him.I especially enjoy reading Harry Potter as a series because Rowling places tiny nuances into the early novels, hinting at the shape of things to come. Having prior knowledge of what Harry will endure in later novels is almost delicious, and Rowling's little hints are as equally thrilling.I got slightly emotional in places here, most memorably when Harry had the Sorting Hat on and it screamed, "GRYFFINDOR," and also when Dumbledore awarded Neville ten points for his house as "he had never won so much as a point for Gryffindor before." The feelings I stumble upon whilst reading through these again are always so strange, but wonderful. It's like a set of old friends who I am visiting after a time apart, which is very odd, but I like it.There are many things, good and bad, that can be said about Rowling's writing (although I would advise you not to criticise her to my face), but her characters cannot be faulted. They are all so rich and full, most of them remind you of someone you know, and you feel what you are supposed to feel for them, whether it is love or hate. The backgrounds we are given are always so concise and so deep that her characters will live on for a long, long time.
Rowling also manages to create this fantastical world of witches and wizards and makes it completely believable - so much so that I am of the opinion that the books were written to introduce us Muggles to the existence of the wizarding world in order to gauge how accommodating we would be towards them. We are shown so many weird and wonderful things, but not once does it feel at all far-fetched - it's Harry's world where anything can happen.
Posted by JK at 21:31 No comments: 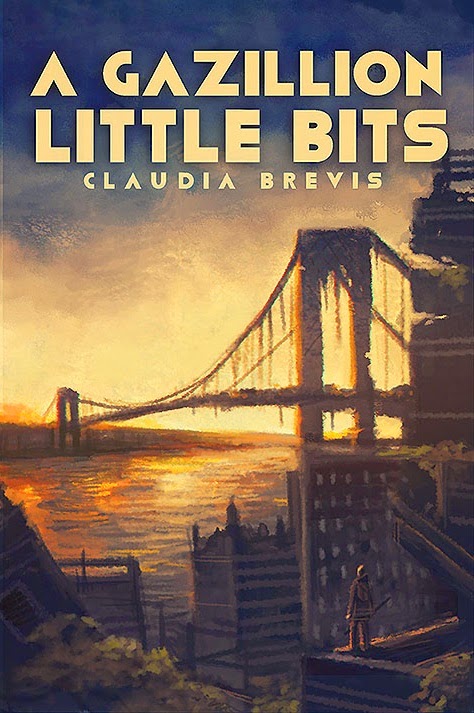 New York City. 2256.
Isolated by shifting lands, fire and beasts, fewer than thirteen thousand people live in the ruins and rubble of Manhattan without technology, government or any connection to the world from which they’ve descended...
Until the mysterious whispers arrive, followed by a stranger who holds what may be the key to the city’s ultimate survival.

Manhattan has fallen to ruin, and the people are trying to make a life as best they can in this dystopian future. This is a very dark novel, and frightening to consider as a possibility. The story is very raw, and almost depressing, showing life in this world as far from ideal. Although the people make the most of things, and have a real community atmosphere, the cons seem to outweigh the pros, and for the majority of the novel I just felt sorry for them.

I really liked the culture nods Brevis made here. I liked that many years in the future so many things had evolved, such as language and cultural norms. I particularly loved the way people would travel for miles to celebrate a newborn baby of a far-removed relative. And what a party they had! This sense of community was a real draw for me - the people were sticking together in their difficult lifestyles, and pulling through.

My main issue with the novel was, due to its sci-fi/dystopian nature, Brevis created words or terms, and used them as though the reader would understand. I usually like this, as I usually work out for myself what these terms mean over the course of the novel. Here, however, it felt there were just far too many to fathom, and Brevis didn't do a great job of explaining them to the reader. The confusion escalated for me, as I found certain characters bled into each other, and this, along with the multiple voice narrative, made me dizzy trying to follow the plot.

Overall, the book was like a dream: tangled, surreal, and I was very disorientated, and confused as to what was going on. Brevis clearly has a wonderful imagination; the idea is very exciting, however I feel it could do with some simplification.
Posted by JK at 13:03 No comments: