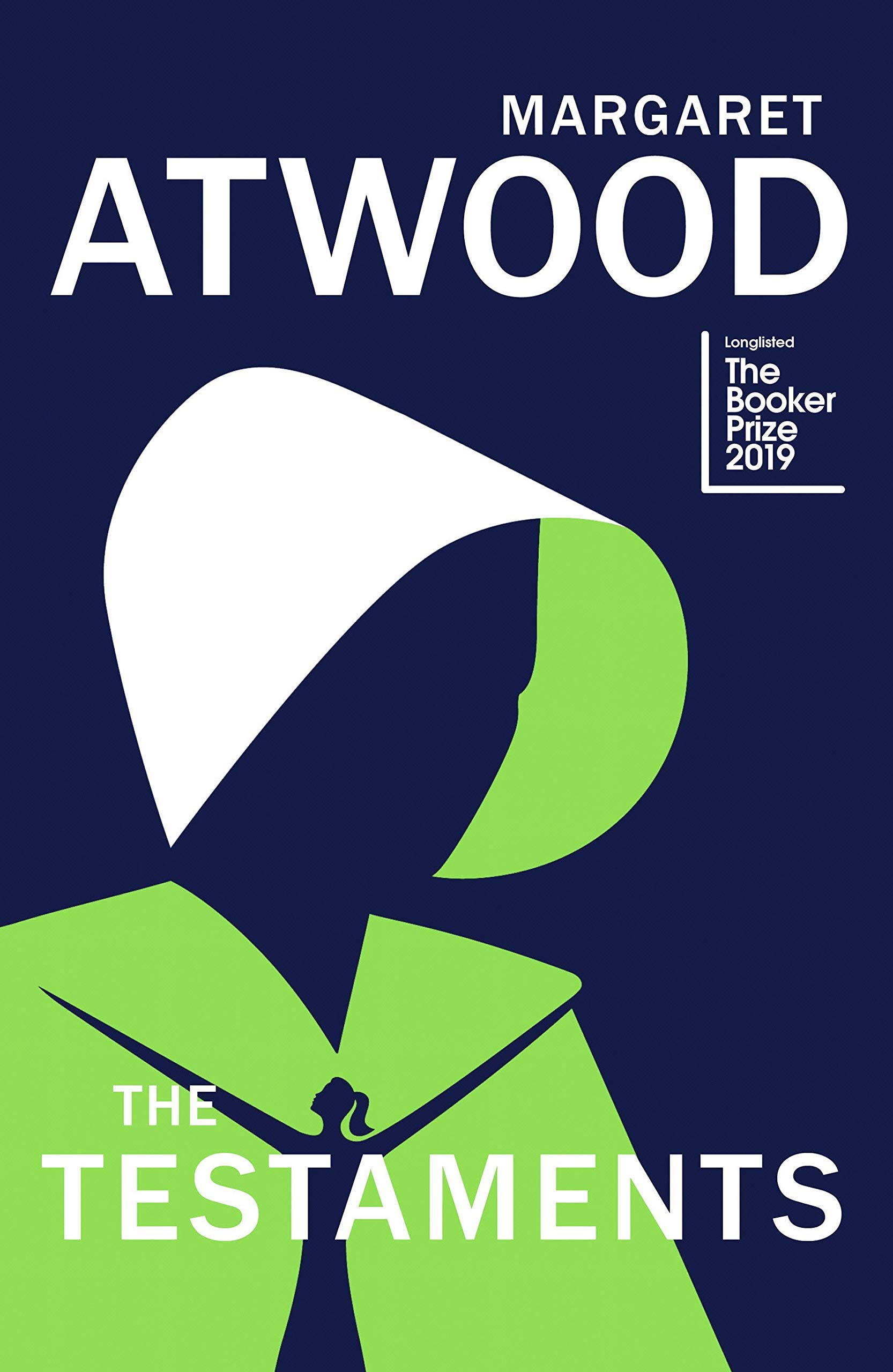 The Testaments by Margaret Atwood

"Dear Readers: Everything you've ever asked me about Gilead and its inner workings is the inspiration for this book. Well, almost everything! The other inspiration is the world we've been living in." --Margaret Atwood

I’m going to have some troubles putting into words how this book made me feel. I always have my doubts about sequels, and how can one possibly write a sequel to something as monolithic as The Handmaid’s Tale? It’s too huge a feat; unless, of course, you’re Margaret Atwood.

She writes from three different perspectives here (making me want to kiss my fingers and throw them in the air like a cartoon chef). We hear from a young girl growing up as a Commander’s daughter in Gilead, another young girl who is lucky enough to live somewhere that doesn’t aspire to the regime, and, finally and most importantly, Aunt Lydia.

The first two voices contrast their upbringings and current lives, with Aunt Lydia’s words cementing her as matriarch and keeper of wisdom. All three, however, bring hope for the future of Gilead, and unknockable desires to bring it to the ground.

As we’ve only ever heard of Gilead from a Handmaid’s perspective, it was wonderful to see how children in Gilead are indoctrinated into believing in the regime, and also to understand how things were run from Aunt Lydia’s high (for a woman) position within the system.

Where The Handmaid’s Tale is a bleak picture of what can happen ever so slowly when we sit back and allow the men in charge to make decisions, The Testaments is more of an inspirational prod to make change, to shout from the rooftops, to never accept.

Once again for the men in the back: nolite te bastardes carborundorum. 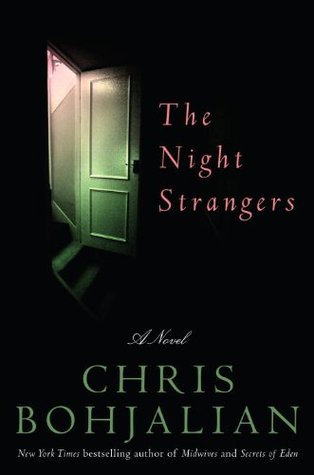 The Night Strangers by Chris Bohjalian

In a dusty corner of a basement in a rambling Victorian house in northern New Hampshire, a door has long been sealed shut with 39 six-inch-long carriage bolts.


The home's new owners are Chip and Emily Linton and their twin ten-year-old daughters. Together they hope to rebuild their lives there after Chip, an airline pilot, has to ditch his 70-seat regional jet in Lake Champlain after double engine failure. The body count? Thirty-nine – a coincidence not lost on Chip when he discovers the number of bolts in that basement door. Meanwhile, Emily finds herself wondering about the women in this sparsely populated White Mountain village – self-proclaimed herbalists – and their interest in her fifth-grade daughters. Are the women mad? Or is it her husband, in the wake of the tragedy, whose grip on sanity has become desperately tenuous?

This story was sold me as something old and well-loved - the standard horror trope of a family moving into a haunted house, only to experience some seriously weird goings on and to accumulatively lose their minds in the supernatural onslaught. Not so.

It begins with some seriously tiresome and dull commentary on airplanes, their bits and bobs, how they work, and, ultimately, how they fail. It’s an incredibly tedious way to begin a story, and I wouldn’t blame anyone for giving up at the first hurdle. Having read the whole book, I’d actively encourage it.

So, Dad crashes a plane, kills a bunch of people, and begins to display the effects of PTSD. Bohjalian chooses to depict these in the form of an ineffective second person narrative, which felt jarring and utterly pointless. This narrative swims between the lanes of haunted and crazy, with some pepperings of more fucking airplane descriptions. He’s an infuriating character.

Mum and the twins aren’t much better, with Mum being entirely incapable of seeing deception in people, and although becoming suspicious of peoples’ intentions, does literally nothing about it. The twins are written like sixty year olds in childrens’ bodies, with overly advanced vocabularies and a succinct understanding of Dad’s mental health. Seriously, if you’re ten and Dad enters the kitchen holding a knife and bleeding from his stomach, you don’t immediately put it down to the traumas he’s experienced.

I’m not sure how I lasted until the end, but I was bitter when I got there. The finale was rushed and utterly unbelievable (which is somewhat of a chore, since the rest of the novel was ridiculous in its logic). I won’t spoil, but I don’t see why I shouldn’t as I’d recommend avoiding this book entirely.
Posted by JK at 18:28 No comments:

The Sandman by E.T.A. Hoffman

The disturbing tale of a young man's obsession with the Sandman, stealer of eyes, which has inspired writers from Sigmund Freud to Neil Gaiman.

I felt sick to my stomach throughout most of this. There’s nothing overly supernatural, creepy, or terrifying - just a horribly unsettling undercurrent of tension and dread running underneath each word. It’s a marvel.

Hoffman’s skill here isn’t in depicting ghouls or demons, but in showing us the effects an encounter with such (whether perceived or otherwise) can have on the human psyche. Our protagonist is plagued by a situation from his childhood, and subconsciously seems to seek this out in his later years, leading to his descent into madness.

I enjoyed that Hoffman left everything open to interpretation - were these ghastly villains really what our protagonist thought they were, or did he merely conjure it all in his imagination, having nested there for years as a repressed fear? Either way, it’s a heart-stopping thought.
Posted by JK at 19:52 No comments:

The Crowfield Curse by Pat Walsh

An angel is buried behind the abbey! It's 1347, and Will, an orphan boy, lives and works as an apprentice of the Crowfield monks. Sent into the forest to gather firewood, he stumbles across a trapped, wounded creature no bigger than a cat.The little goblin shares a terrible secret: Buried deep in the snow behind the monastery is an angel. But, Will wonders, how can an angel die? And what does this angel have to do with the history of Crowfield? When two cloaked strangers show up and start asking questions, Will is drawn into a dangerous world of Old Magic.


Medieval monks, angels, magic, hobgoblins, faerie folks, and a frightened little boy trying to make sense of it all - sign me up.

Walsh weaves a gorgeous tale here, introducing a young adult audience to the hardships of medieval times, whilst also peppering the story with something magical. She speaks subtly about the power of conquering our fears, the stupidity of making assumptions based on appearances, and most wonderfully of all, the utter importance of being a good person.

Although I felt the plot took some time to kick off, once the mysteries began to emerge, I was gripped. Walsh has an engaging way of pacing her plot, and creating the most spine-chilling tension. Things begin to warp and twist in ways you wouldn’t expect; it’s enthralling.

Despite my love for the characters and plot, Walsh’s skill in describing setting was my favourite thing here. The cold abbey, the snow-covered whistling woods, the warm and woody hut - everything was depicted so vividly, and so beautifully that I felt my senses completely overwhelmed.

I was surprised by how much I enjoyed this. Walsh is incredibly skilled in her craft, and I look forward to reading The Crowfield Demon. The Pre-Programming by Anonymous

Vulcan’s ancient Automata find their purpose rebooted in the second installment of the CIRCO DEL HERRERO/THE BLACKSMITH’S CIRCUS series. Their immortal human Masters will drop like flies—superfluous in the next round as the gods shuffle in a new deck of fateful cards. The Masters can choose how and when, but they will all die to free the Automata of their earthly chains. Odys and his Automaton, Maud, struggle to protect his twin sister from the plotting of his dual-bodied adversaries. But his sister, Odissa, finds herself a willing participant in The Blacksmith’s latest exhibition—could she be the missing cog to the god’s tightly wound machine all along?

This sequel to The Automaton presents us with the same quirky narrative style, the same subhuman and/or godlike characters, and the same nothing really happens but it all happens through dialogue plot.

Our narrator is relentless here. It seems nothing is off the table as he creates and dissolves toxic relationships, characters, and plot twists as though his life depends on it. Everyone and everything we trusted or relied on (or even liked) in The Automaton is warped and ultimately discarded in this total massacre of the comfort zone.

I was, in a similar fashion to The Automaton, confused and disoriented throughout the whole novel. This was in part due to the strange style and constantly shifting aspects of the plot, but I also felt at times as though I’d missed something; I wasn’t understanding the reasons behind certain situations and circumstances, and I’m unsure whether I was supposed to.

There are interesting explorations of freedom, and what this means - do we have choice at all, or are we all pre-programmed robots destined to live out what the gods decide for us?

I continue to feel quite baffled at all this, but still eager to find out what’s next. That’s the power of the uniqueness this series has - you need to find out what the fuck is going on.
Posted by JK at 14:30 No comments: