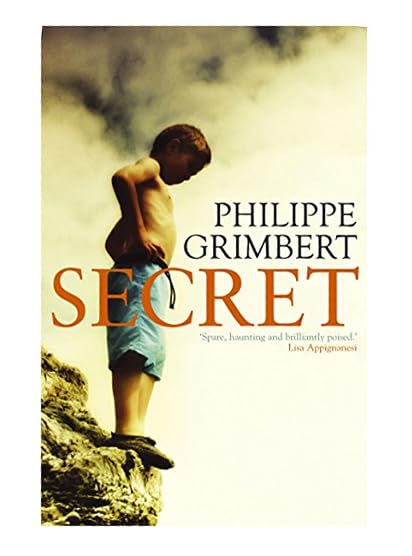 Growing up in post-war Paris the sickly only child of glamorous, athletic parents, the narrator invents for himself a make-believe brother - older, stronger, and more brilliant than he can ever be. It is only when the boy begins talking to an old family friend that he comes to realise that his imaginary sibling had a real predecessor: a half-brother whose death in the concentration camps is part of a buried family secret that he was intended never to unearth.


This is a gorgeous and heartbreaking story - one I was so captivated with, I read through it in a few hours. Every single word of this book is lyrical in its own way; every page sings. It packs a seriously emotional punch, and is entirely, without a doubt, brimming with soul.

Stories centred around the holocaust and World War II always strike a chord in my heart, but this one was particularly special. I felt as though Grimbert was subtly pleading with us to never forget and never repeat; the story is 'based on' his own experiences so it makes you wonder which parts of the story really happened. This blurring of the fictional and the autobiographical encourages you to think, and to never forget. It really is a perfect and timeless novel.

The plot is based on a secret, one our narrator isn't aware of until we are almost halfway through. His naievete gives us a beautiful narrative on how he believed things to be, then slowly we are given the jarring and tragic facts of how things really are. The story being given in layers like this made me feel as though there were two different stories filled with various different secrets, and it really did move me.

I finished the book around an hour ago and the effects are still with me, although I feel that's what Grimbert wanted. The effects of this book are still haunting me, while the consequences of World War II are still haunting people worldwide. I loved the moral message here that secrets, no matter how well hidden they are, always come undone at some point.

This book has completely overwhelmed me. I have never heard anyone speak of it; I bought it on a whim in a pound shop a few years ago, and yet it has had such a real impact on me I am going to have to keep it for the rest of my life. I would thoroughly recommend this to anyone; it's so beautiful.
Posted by JK at 18:20