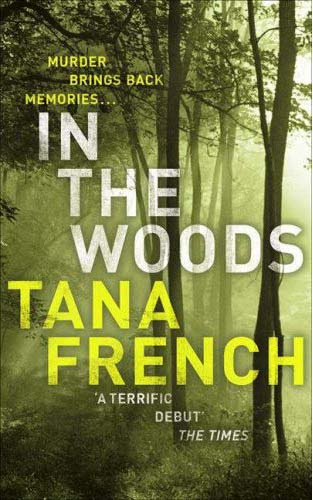 In the Woods by Tana French

As dusk approaches a small Dublin suburb in the summer of 1984, mothers begin to call their children home. But on this warm evening, three children do not return from the dark and silent woods. When the police arrive, they find only one of the children. He is gripping a tree trunk in terror, wearing blood-filled sneakers and unable to recall a single detail of the previous hours.
Twenty years later, the found boy, Rob Ryan, is a detective on the Dublin Murder Squad and keeps his past a secret. But when a 12-year-old girl is found murdered in the same woods, he and Detective Cassie Maddox (his partner and closest friend) find themselves investigating a case chillingly similar to the previous unsolved mystery. Now, with only snippets of long-buried memories to guide him, Ryan has the chance to uncover both the mystery of the case before him and that of his own shadowy past.

This had such promise; I was gripped for the first two hundred pages. A murder detective whose two friends went missing as children, leaving him as the only survivor, is now investigating a killing which took place in the very same woods as their disappearance. The premise was delectable – is the murderer the same person who was responsible for the crime twenty years ago?

French weaves the mystery very well; her pace and tone build immeasurable tension, and her construction of characters and their relationships is as relatable as it is intricate. The first third of the novel is filled with hints, new information, and a lot of character backstory, beginning as all excellent crime novels should.

The middle third is dull, repetitive, and mostly unnecessary. At this stage, I was loathe to pick the novel up; nothing was happening other than bad decisions, red herrings (oh, I do love a red herring, but these were utterly pointless and droll), and some serious annoyances with regards to French’s characters, both in their decisions and behaviour.  I should add these mistakes are French’s, and not the characters’ own, but yet I began to hate each of them with a passion. This thing could easily have been a couple of hundred pages shorter without losing any important plot development.

Finally, the plot picks up its pace again and becomes exciting, but not entirely satisfying. For a murder mystery to be really enjoyable, it needs closure and atonement. And, guys, we need to solve the fucking mystery.

I can’t recommend this. It’s difficult to say precisely why without doing a deep dive into the spoiler sea, but I will say I feel I’ve been cheated by an excellent beginning, which morphed and dissolved into an utter waste of time.