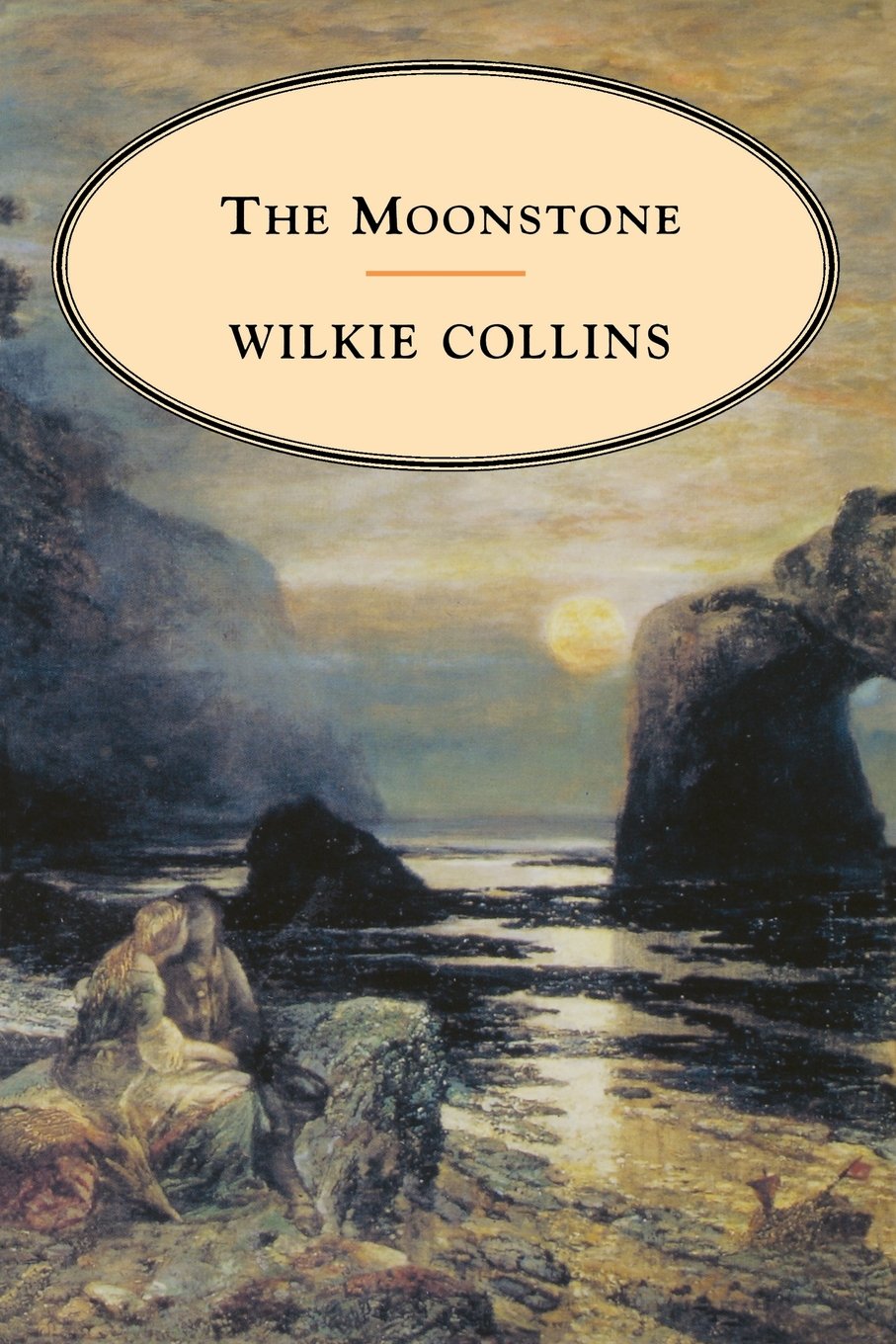 The Moonstone by Wilkie Collins

Hinging on the theft of an enormous diamond originally stolen from an Indian shrine, this riveting novel features the innovative Sergeant Cuff, the hilarious house steward Gabriel Betteridge, a lovesick housemaid, and a mysterious band of Indian jugglers.

Similar to the Moonstone itself, this novel is a wonder to behold. I’d love to attempt a summary of the plot here, but having attempted this already and having failed to capture the beauty of it, I’ll suggest just going ahead and reading the story for yourself.

As a detective novel (arguably the first ever written), this is a long one. It’s structured by a number of accounts from various narrators on the crime itself, the investigation, and, most beautifully, on the relationships, motives, and behaviours of the characters. Despite falling in love with the first narrator, house-steward Gabriel Betteredge, this fluctuating style of narration was utterly perfect in explaining and solving the riddle. There are twists, turns, red herrings, every single staple plot device found in a modern-day detective mystery is here, but somehow a thousand times more glorious.

Unlike most modern takes on sleuthing, Collins provides the minimum of clues throughout the pages to allow us to guess the culprit. When the explanation finally came, it was a complete slap in the face, and deliciously mind-blowing.

I was particularly impressed that despite this novel being published in 1868, Collins dealt sensitively with his character types. Our female protagonist was strong-willed and intelligent – no fainting or smelling salts required. He depicted a rounded view of the lower class, particularly the house servants, with one in particular being shown as a wholly developed person, instead of a mindless candle polisher in a servant’s gown. Finally, there were a few brown-skinned villains involved, and at no point were there any disparaging comments on their race; instead, the other characters treated them kindly as foreigners far from home. This astounded me; many reviews of classic novels now pass things off as “products of their time”, but there was absolutely no reason or need to here. It begs the question whether passing things off really is the right thing to do when authors like Collins can manage to write in this way.

To say any more would be saying too much, but if you ever need a good mystery, or reminded that the classics are best, this is one for you.