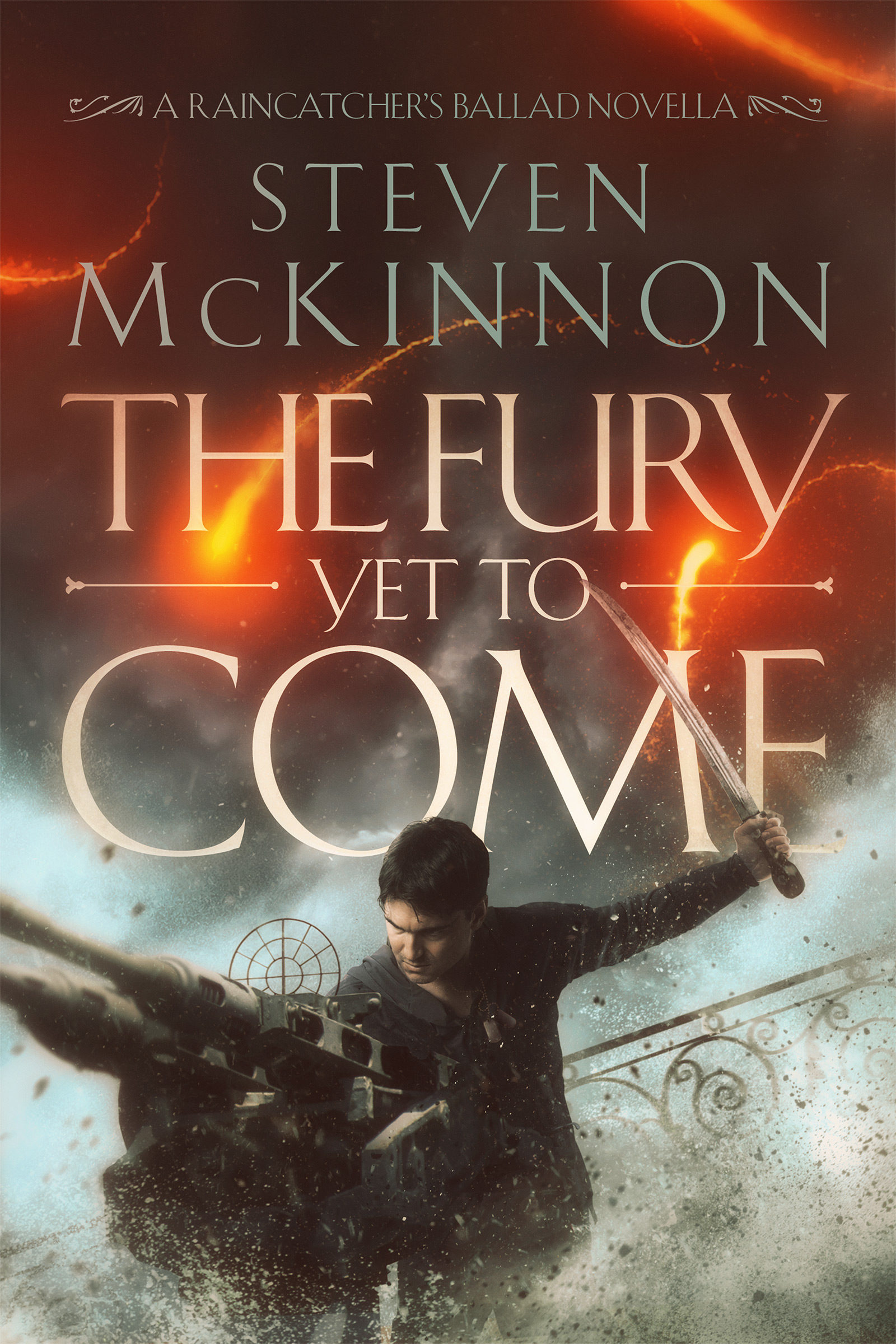 The Fury Yet to Come by Steven McKinnon

A loyal soldier. A sadistic witch. A battle to the brink of madness.
Corporal Tyson Gallows would confront any danger to keep his fiancée out of harm’s way. After his elite squadron falls to an enemy ambush, he wakes to find his hands chained and his mind held captive by a demented witch.
Tortured to the verge of insanity, he wages war in the battlefield of his subconscious and scouts for his opportunity to strike back. With his fellow soldiers’ tormented cries ringing in his ears, Gallows misfires his attack and exposes the source of his strength—his deep devotion to the woman he loves. If he can’t break free of the witch’s stranglehold soon, he’ll lose something far more precious than military secrets—he’ll lose his soulmate.

This is a prequel to McKinnon’s new series, The Raincatcher’s Ballad. I was lucky enough to nab a free copy of this to review. Releasing this short novella ahead of the first title in the series was a clever move to build hype, and whet our appetites for more to come; and whet he did.

Gallows is a soldier who becomes captured by the enemy in the midst of an attack. Finding himself hanging from chains in a cell, and confronted by a crazy mind-controlling witch, he is forced to give away his military knowledge, and, much more sadistically, his memories of home and his love for his fiancée.

Using this method, McKinnon allows us to understand the military operation and where it went wrong, whilst also padding Gallows out as a well-rounded character. He is not just an everyman soldier, which is prevalent in novels such as these; he is a man with origin, desires, and love. In this way, we are allowed to relate, permitted to understand him, and wish for the moment this witch will get her comeuppance.

Other methods are used to develop and portray the other characters, and I appreciated these also, despite McKinnon feeling the need to take a George Martin type approach to the best ones. I imagine there is much more of this to come.

The novella ends in a vague and mysterious manner, which sets up well for the next instalment Symphony of the Wind. The entire short prequel seems to guide towards this moment, and the knowledge that only a small amount will be resolved here helps in rushing us along to buy the next one.

Very excited for Symphony of the Wind.