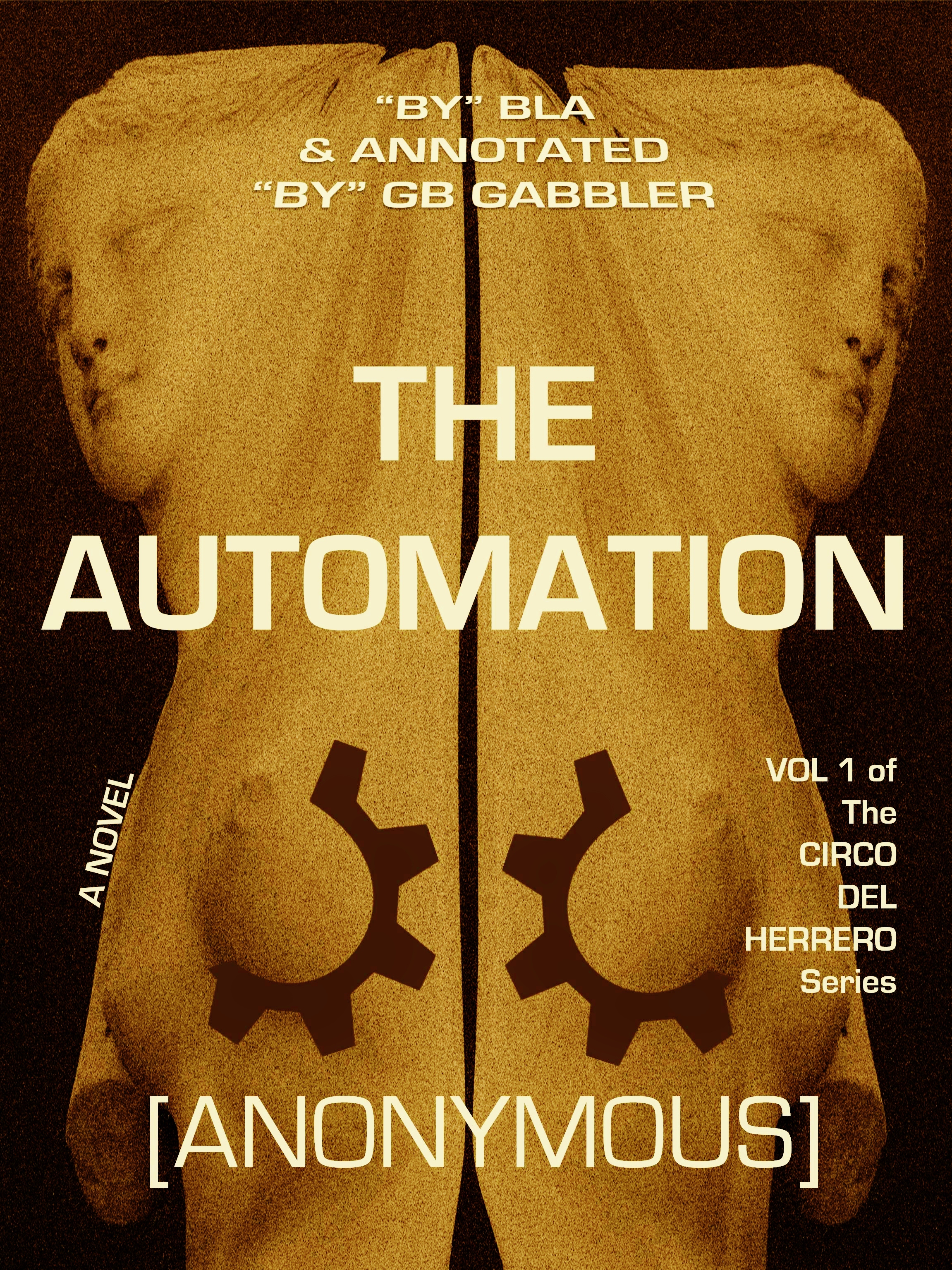 The capital-A Automatons of Greco-Roman myth aren’t clockwork. Their design is much more divine. They’re more intricate than robots or androids or anything else mortal humans could invent. Their windup keys are their human Masters. They aren’t mindless; they have infinite storage space. And, because they have more than one form, they’re more versatile and portable than, say, your cell phone—and much more useful too. The only thing these god-forged beings share in common with those lowercase-A automatons is their pre-programmed existence. They have a function—a function their creator put into place—a function that was questionable from the start.


This has to be the strangest little book I’ve read in a very long time, based on gods, family, power, and souls anthropomorphising.

The format initially knocked me for six. The narrator’s editor chimes in constantly with footnotes - adding, clarifying, and inserting information, whilst repeatedly slagging off the narrator for their choices of plot device, names, metaphors - anything. It’s jarring, and utterly disorienting, but it’s an interesting and unique way of driving the story along and making subtle hints at the importance of the narrator/editor relationship.

And then nothing happens. There’s barely any plot; everything is driven forward with world-building, and character explorations. This isn’t a bad thing - both the world and the characters are intricately complex, and the importance of cementing the reader’s understanding is clear. This is an introduction, the lead up to the sequel - the novels in this series cannot stand on their own.

The implications of deceit, double-crossing, and unreliable characters (or unreliable narrators and editors?) were what kept me going here. I was out of my comfort zone, confused and anxious, and yet there was something so engaging here, something I simply had to get to the bottom of.

And yet, I managed to get to the bottom of nothing at all. It’s acknowledged that the finale is fairly flat and disappointing, and yet this is justified by this novel being merely the starting point. I’m grateful I’ve been sent both The Automation and the sequel, The Pre-Programming so I can continue this weird journey.
Posted by JK at 19:52