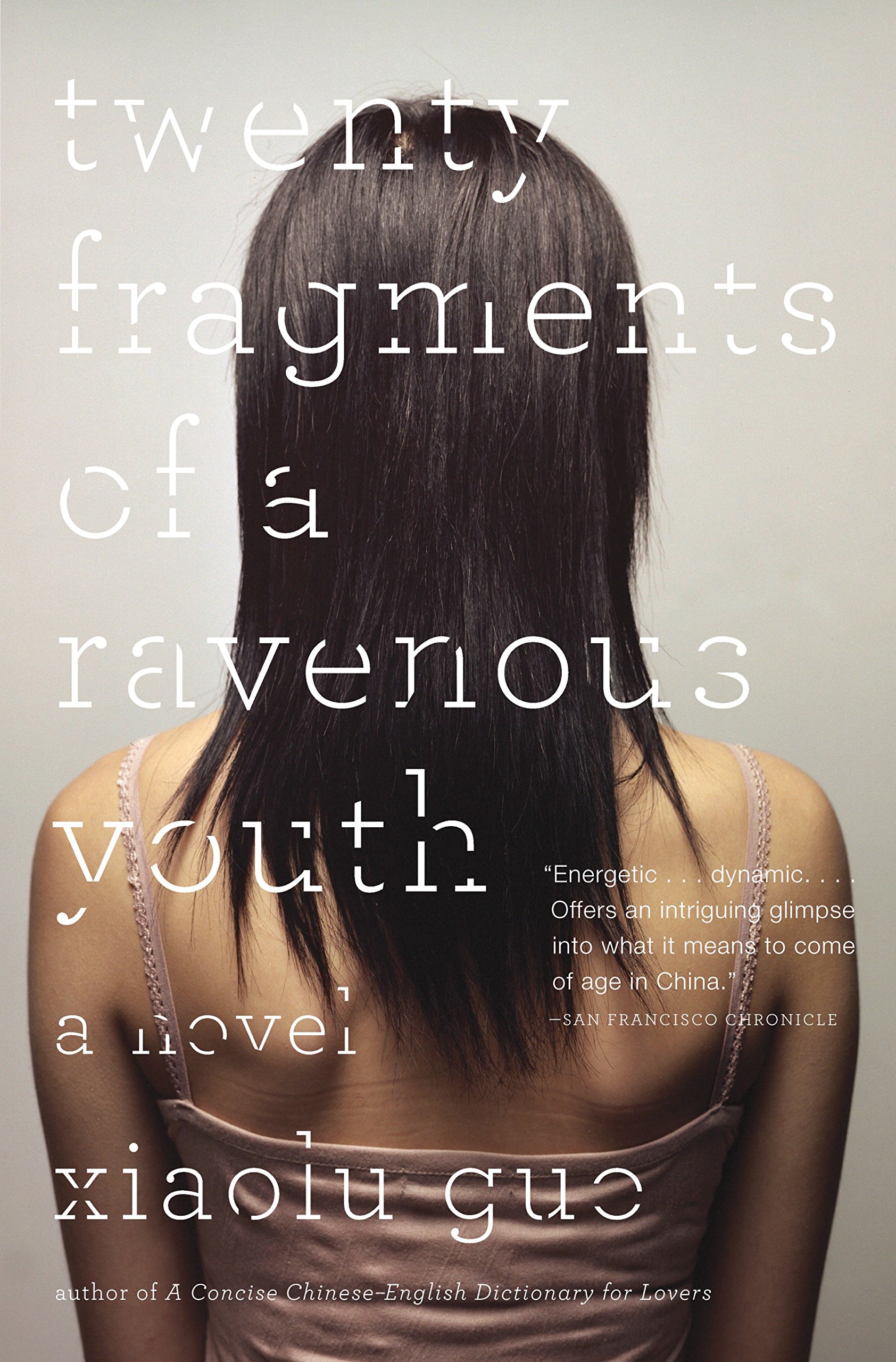 Twenty Fragments of a Ravenous Youth by Xiaolu Guo

Life as a film extra in Beijing might seem hard, but Fenfang won't be defeated. She has travelled 1800 miles to seek her fortune in the city, and has no desire to return to the never-ending sweet potato fields back home. Determined to live a modern life, Fenfang works as a cleaner in the Young Pioneer's movie theatre, falls in love with unsuitable men and keeps her kitchen cupboard stocked with UFO instant noodles. As Fenfang might say, Heavenly Bastard in the Sky, isn't it about time I got my lucky break?

Twenty fragments. What a perfectly apt title for a novel comprised of twenty non-linear, illogical pieces of life.

Our protagonist, Fenfang, leaves her country village for the big life in Beijing. With her eyes on becoming a film star, she is soon disillusioned with the city and its prospects, and we see her life pan out in a realistic, yet beige, manner.

I felt for Fenfang deeply, as she is a trudger. We trudgers take the blows life lands on us, and carry on. We’re not happy, we’re not sad, we’re just here, keeping going. It was so sad so hear Fenfang relate her symptoms of depression without her realising what she was describing.

The prose here is raw, simple, and excellent. Short sentences depict Fenfang’s emotions perfectly, the settings were eloquent, the dialogue clipped and effective. It’s a relatively quick read, but somehow manages to pin to you corkboard.

It was wonderful to read of China from a Chinese author, mainly Beijing; the cultures, the expectations, the sociology. I was rapt. The skill here is where she doesn’t provide lengthy explanations of culture, food, the whims of people; she presents everything as it is, and nothing could be more realistic.

I became a person who was very good at hiding her emotions. Maybe that was why people thought I was heartless. Apparently my face often had a blank expression. Huizi, my most intellectual friend, would say, “Fenfang, yours is the face of a post-modern woman.”