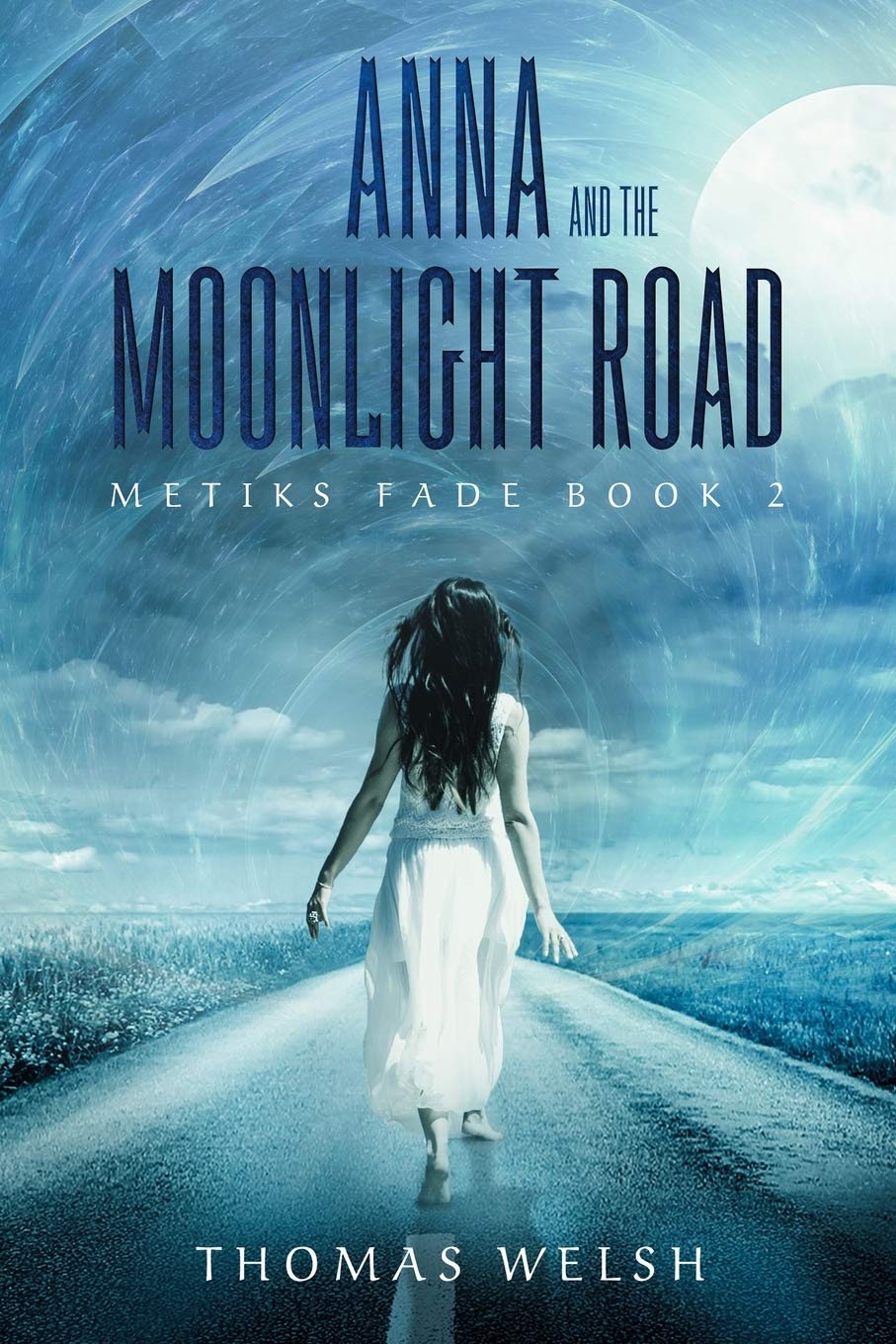 Anna and the Moonlight Road by Thomas Welsh

Broken, beaten, and exiled to the Sump, Anna has battled her way back to reality, but she returns to find her friends scattered and her enemies have grown in strength and number. Though she’s learned that in the world of Dreamers, sometimes the darkness is just a different type of light, she still hasn’t found her way out. And just like in nightmares, every time she runs away, the monsters lie in wait ahead.


Anna’s only hope for survival lies with new friends and a desperate plan to walk the Moonlight Road—a ghostly passage of frozen moonlight through worlds she can never touch—straight into the arms of the most dangerous Dreamer alive.


But no one, neither friend nor enemy, is prepared for the power Anna now wields. Her flame has kindled, and when they threaten those she loves, she’ll burn them to the ground.


I read Anna Undreaming back in 2018, and loved it. The world Welsh built, alongside his characters, was something so unique and engaging. I couldn’t wait for the sequel, and now I’ve finally found Anna and the Moonlight Road in my hands.

There’s something to be said about authors falling under the curse of the sequel, but the opposite is true for Welsh here. Moonlight Road is, quite inexplicably, even more compelling, and even more heart-stopping, than Undreaming. His plot is tighter, his characters deepened, even the insane worlds and impending terror felt a lot more real.

Although there’s a definite complexity to the idea of Hazes, Undreaming, Periapts, Praxis, and a host of other new concepts, Welsh’s writing skill imbeds these into our vocabulary easily, with explanations coming through prose and dialogue naturally. He pulls us in, spits us out, then reels us in again. It was impossible to stop.

And the characters! They’ve grown immensely from the first novel, and we can see more of their histories and motivations, yet still with a degree of mystery. Welsh feeds us information as though we were small fragile birds, and the pace is perfect to inject suspense and ignite imagination.

I’m so in love with this series. It’s something quite unlike anything I’ve read before, something difficult to categorise. My only real problem is that, now I’m finished, I find myself in exactly the same place I was in when finishing Undreaming - bereft and waiting. I need more Anna.
Posted by JK at 12:57