Four sparkling nineteenth-century tales of Parisian high society and rural life, from the father of the modern short story.

These four stories were so vivid and enjoyable that my faith in the Little Black Classics range has been restored once more. Connected by the thread of feminine influence, each was written with skill, beauty, and a hint of modernism.

I loved de Maupassant's descriptive narrative, and was taken in by passages such as:

It was the russet season of autumn when leaves swirled over the gardens like flocks of birds. Wafting on the air came the tang of damp, bare earth, caught as the smell of a woman's naked flesh as her gown slips down to the floor after the ball.


My favourite of the stories was Femme Fatale; the author writes of homosexuality in the nineteenth century, something brave and rare. He passes no comment on either one character's sexuality, nor the other's disgust for it, and simply shows us the flaws and wonders of each of them. The party setting written by Maupassant reminded me very much of Gatsby, which is something which always tugs at me.

The others were just as good, particularly Laid to Rest which has to be read to be believed. I have such a soft spot for Victorian high-society, women, sexually charged motives, and Paris. This is a diamond of an LBC, and I'll be picking up some more de Maupassant in future.
Posted by JK at 21:12 No comments: 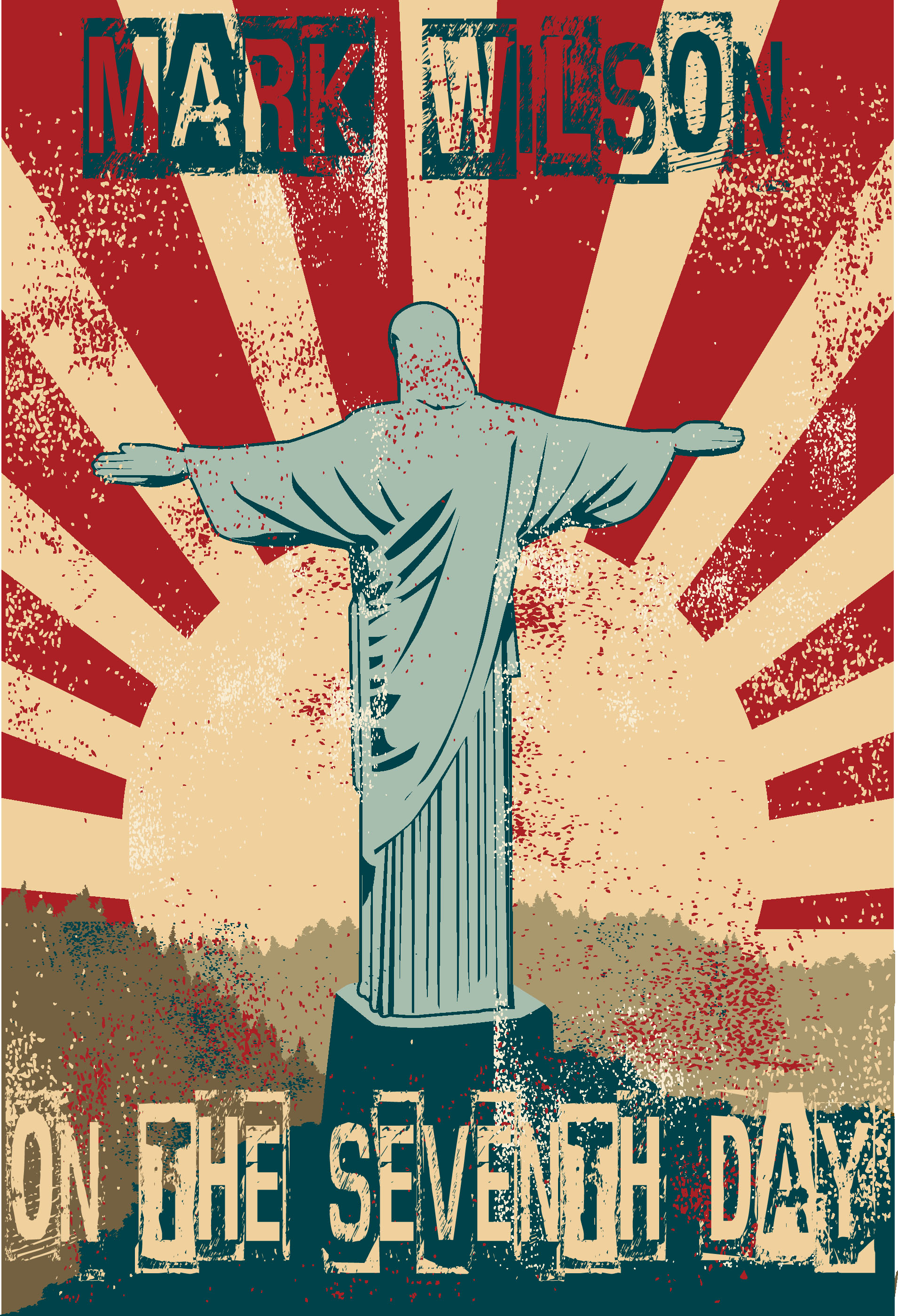 On the Seventh Day by Mark Wilson

God is pissed off. He has run out of patience with humans and decided that our time is over. We've had our chance and its back to the drawing board. "Fuck the lot of them" is his newest gospel.


Mo, and Jay, best friends who've fucked up in the past, beg him for one more chance to get the humans back on track. Alongside Mr Saluzar, the head of a global charity foundation, and Nick, The Fallen Angel, they hurtle towards Armageddon and their one chance to prove God wrong. They have seven days to save us.

I had no idea where Wilson was going with this one. I expected anti-religious commentary and lots of implications that religion is the cause of all evil. What I was given was a Scottish arsehole type God, sick of humans and their abject selfishness, who was hellbent on putting an end to the world and starting again. And can we blame him?

Wilson is gentle with his religious commentary; I'd originally thought I'd be unable to recommend the book to some of my religious friends. In actual fact, I think they'd love it. Bible stories are referenced and twisted to help us understand some of Wilson's A-lister biblical characters, resulting in a wonderful range of back stories, development opportunities, and a true grasp of relationships. Where I thought I'd already known how relationships would be portrayed, I was wrong; the Devil loves God and seeks only to please him; Jesus and Moses are best pals who love nothing more than smoking joints and playing first-person shooters; Lazarus the head of a charitable foundation still dies and rises four days later. Although easily deemed controversial, what Wilson gives us is ultimately heartwarming, instructive, and a hell of a read.

Jesus and Moses descend to earth in an attempt to talk sense into the humans, to ensure them God is watching; he's no happy, and if they continue as they are, he will bring destruction to their world. This is particularly interesting, as Wilson compares the visit to the last time Jesus was on earth. We see the power of technology and social media allow Jesus access to far many more people than he'd ever be capable of two thousand years previously. Wilson comments on traditional media reporting warped information in order to mislead and deceive the world. The articles written by the newspapers we're all familiar with were so typical of each of their views, and the tweets sent to Jesus were entirely relatable and hugely funny.

I really enjoyed the exploration of Nick, the Fallen Angel, or as we know him, Satan. The journey which led to his fall was heartbreaking, and it was wonderful to connect with him. What I loved most of all was his hell, Sheoul, where humans would descend after death to be prepared for heaven. Some humans take longer than others to become pure; some are thrown to the bottom level and tortured due to their sins on earth. I particularly connected with (and many others will - although many will take offence) the idea that God-fearing humans who devoted their entire lives to their religion, took longer than most to be ready to face him. The satire is hilarious, and really something to think about.

This absolutely isn't for everyone, and although it was far more subtle than I'd expected, I imagine it will still offend some. If the thought of a God with a Lanarkshire accent who has a penchant for the word cunt mortifies you, I wouldn't pick it up. For all others, I would thoroughly recommend and endorse this. 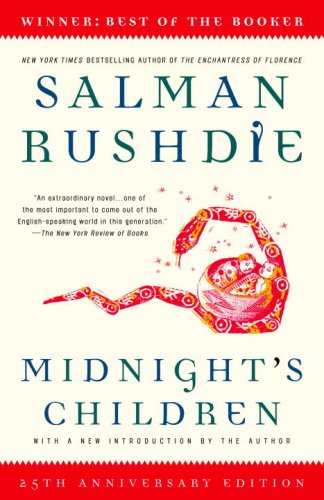 Born at the stroke of midnight, at the precise moment of India's independence, Saleem Sinai is destined from birth to be special. For he is one of 1,001 children born in the midnight hour, children who all have special gifts, children with whom Saleem is telepathically linked. But there has been a terrible mix up at birth, and Saleem’s life takes some unexpected twists and turns. As he grows up amidst a whirlwind of triumphs and disasters, Saleem must learn the ominous consequences of his gift, for the course of his life is inseparably linked to that of his motherland, and his every act is mirrored and magnified in the events that shape the newborn nation of India. It is a great gift, and a terrible burden.

In an unheard of turn of events, it has taken me exactly four weeks to conquer this novel. Four weeks of both loving and hating the narrative, four weeks of exciting fantastical turns, and four weeks of insipid political discourse. If I were to be asked if I liked this novel, I wouldn't have a straight answer to give.

Our narrator, and head of the Midnight's Children Conference, Saleem Sinai, makes his excuses for the narrative early on the novel. He explains his life is dwindling, and there will be no time for edits or revisions before he crumbles into dust. As a result, his story veers, bucks, foreshadows, and circumvents more and more as it continues; he even comments on his awareness that the story was far easier to follow in the early stages. His digressions are vexing, but entirely human; he begins to tell us something before abruptly announcing that the story must be told in correct chronological order. This is absolutely infuriating, but the excuse of the rip tear crack is a difficult one to argue with.

Despite Saleem's apparent intent to baffle and irritate his readers, his commentary on the susceptibilities of India and its residents are as delicious as (I can only imagine) the glorious foods he describes with such delicacy. He delves into the complex lives of his family and their secrets, explores their relationships with religion, and highlights many of the sacred and profane happenings in both his life and country over the span of thirty one years.

Rushdie's language is beautiful, and his descriptions of India's colours, sounds, smells, and tastes had me awed. I particularly enjoyed the use of Padma as a grounding tool, listening to Saleem's story and interrupting where she felt the need of further explanation, or an impatience to get back on track.

In terms of the political aspects, however, I was entirely ignorant. Having little to no knowledge of the dissent and conflict experienced, I was drawn in, although admittedly confounded, by the events described. I feel I could have appreciated the novel far more had I been more intelligent than even I pretend to be.

This is a long slog, but definitely worthwhile for Rushdie's social commentary, family intricacies and strong use of recurring symbols. I'm glad I've invested my four weeks of reading, but it wouldn't be truthful to say I wasn't glad it was over.