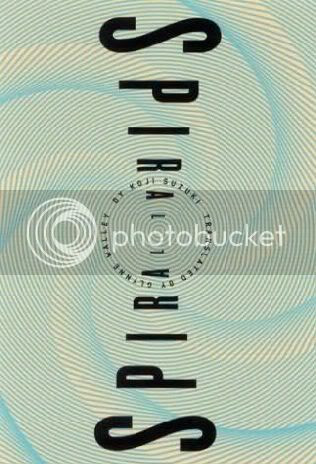 Pathologist Ando is at a low point in his life. His small son's death from drowning has resulted in the break-up of his marriage and he is suffering from traumatic recurrent nightmares. Work is his only escape, and his depressing world of lonliness and regret is shaken up when an old rival from medical school, Ryuji Takayama, turns up on his slab ready to be dissected. Through Ryuji's bizarre demise Ando learns of a series of mysterious deaths that seem to have been caused by a sinister virus. From beyond the grave Ryuji appears to be leading Ando towards a suspicious videotape -- could this hold the answer to the riddle of the strange deaths? Or is it merely the first clue?

This is the sequel to Ring, which I read in April last year and really enjoyed. Unfortunately I didn't find this one quite as interesting and engaging as I did its predecessor.

It takes place almost immediately after the previous novel leaves off. Our protagonist, Ando, is dissecting the body of one of the characters who died in the previous novel. This leads to the discovery of the Ring virus, and everything from this point is given a scientific explanation. Not being particularly scientifically minded myself, I struggled to understand the links. The way Suzuki tied the supernatural to science was incredibly difficult for me to grasp, and it wasn't really what I was looking for in this novel; I like my supernatural to be inexplicable.

Much of the book is spent explaining what happened in Ring, and although this was a good reminder, also allowing the book to be read as a standalone, it was very tedious.

For these reasons too, I didn't feel the novel to be very effective as a horror. I felt no forms of suspense, shock or panic at any point whilst reading, and it failed to hold my attention at times. It just wasn't as creepy as I was expecting, and this in itself disappointed me.