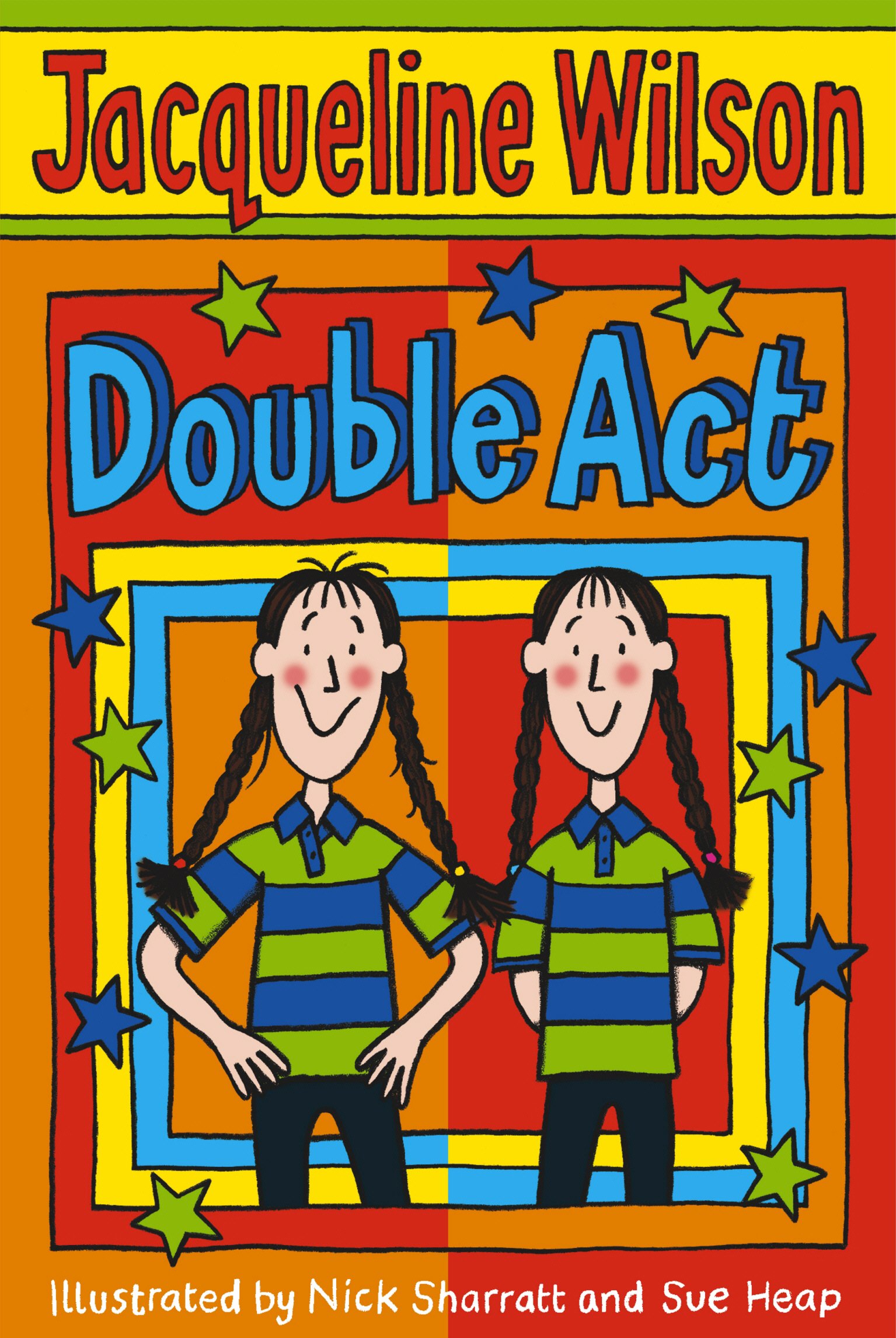 No one can ever be like a mother to us, especially not stupid frizzy dizzy Rose!


Ruby and Garnet are 10-year-old identical twins. They do everything together, especially since their mom died three years ago. Can being a double act work forever? Especially when their father starts dating again?

Whenever I start to feel like a dusty old lady, I know it’s time to transport myself back to childhood by picking up something I read ferociously a thousand times, and loved. Wilson (alongside Dahl and Blyton) is the perfect go-to for this type of behaviour.

Although I probably read this in a fraction of the time it would have taken me twenty (ouch) years ago, it absolutely hasn’t lost its gorgeous charm. Wilson is a master of creativity, telling us the story of the twins straight from their own mouths (well, pens) by designing the narrative in the form of a diary. Her use of differing typesets for each twin allows us to embrace their variances, and the illustrations by Nick Sharratt and Sue Heap are incredible in their simplicity. I was disappointed in myself this time around for merely glancing at them before getting on with the story, as I remember staring at these closely as a child, really allowing them to contribute to the story. It’s devastating to realise that adults really don’t appreciate picture books as much after all.

Wilson is a master at children’s story-telling, as she deals with issues most kids deal with these days; when I was growing up it was far rarer for kids to move away from home, or to even have a step-mother or father, yet Wilson trailblazed this theme. I imagine a lot of kids read this and could relate, which is valuable. Her other important quality is the skill she has in not talking down to young reader - yes, there’s a happy(ish) resolved ending, but she doesn’t shove morals down throats, nor lecture on how our behaviour should be.

Reading this again as adult was enlightening, as it’s only with years under your belt that you can understand the situation of the twins’ father and gran. Richard is an absolute villain, and although the twins hate him for finding a new girlfriend after their mum’s death, and dragging them away from their home and school to live in a new area, Wilson doesn’t quite make bold his villainy. This guy met a new woman, shoved her in front of his daughters adamant she was now going to be part of their lives, and moved them all away after sticking his mother-in-law (who had lived with, and helped him, for the past three years after his wife’s death) into sheltered housing. What an absolute dick. This didn’t even register in my ten year old mind, but now I am absolutely raging at Sticky Ricky. Poor twins.

Years ago, I was desperate for a sequel to be released and tell me of Ruby’s blossoming friendship with the Blob, and of Garnet’s adventures at boarding school. Now, I am even more desperate to find out where they ended up, dusty old thirty somethings like me. I imagine Garnet has a successful job in the big smoke, and Ruby is rotting away in prison somewhere. C’est la vie.