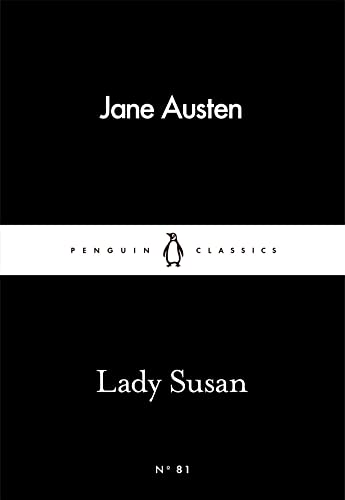 The scheming and unscrupulous Lady Susan is unlike any Austen heroine you've met in this fascinating early novella.


Sending thanks to Jane for completely reinvigorating this collection, which has been slowly accumulating feelings of dread and apathy in me whenever I pick up an instalment.

Cleverly, Austen uses an epistolary format in portraying her plot. This works wonderfully, as we hear of the characters’ opinions of one another, and yet see them behave in a different manner towards each other. This is only a small part of Austen’s wit here; her observations and commentary are hilarious, and make fun of the social customs of her time.

It’s amazing to see characteristics and behaviours in Austen’s time which have remained in people over the course of time. Take Lady Susan herself as an example; a selfish and absorbed woman whose only pleasure in life comes from making others miserable in order to achieve her own ends. Luring husbands away from wives, seducing young men for laughs, only to throw their hearts on the floor, attempting to marry her daughter off to a man she hates, simply because it’s a sensible match. An awful lady; I loved her dearly.

Despite Lady Susan being cast as a villainous flirt, there is much to be said about her place in society at that time. A widow with meagre means and limited family wouldn’t have been held in the kind of regard Lady Susan wanted for herself. To aspire to marry money, and for her daughter to do the same, would re-establish her in the eyes of her peers, and set her up for the rest of her life. If flirting with every moneybags she came into contact with was her way of doing this, I say you go girl. I daresay there was a lot of this behaviour kept secret in those days.

I haven’t read an Austen novel I disliked, and I completely adored this one too. Although I’d have gotten around to it eventually, I’m glad its appeared in the Little Black Classics range - it’s made me feel more energised in getting through these little black books of hell. A rose amongst thorns, indeed.