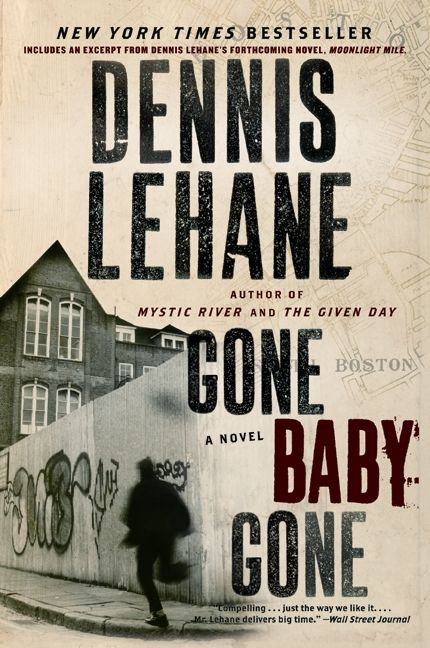 Kenzie and Gennaro have been hired to find four-year-old Amanda McCready, abducted from her home without leaving a trace. Despite extensive news coverage and dogged investigation, the police inquiry has so far uncovered nothing. The case is rife with oddities: Amanda's strangely indifferent mother and her dangerous, drug-addled friends; her loving aunt and uncle; and two cops who have found so many abused or dead children they may already be over the edge.
As the Indian summer fades, Amanda McCready stays gone - banished so completely that she seems never to have existed. And when a second child disappears, Kenzie and Gennaro face a local media more interested in sensationalizing the abductions than helping to solve them, a police force seething with lethal secrets, and a faceless power determined to obstruct their efforts. Caught in a deadly tangle of lies and betrayal, they must confront the horror of what the world can inflict on its children in order to unravel a riddle that's anything but child's play.


I see crime novels as easy reads; fast-paced mysteries propelling me towards the unveiling of the culprit, peppered with a few complex characters, red herrings, and gut-wrenching twists. For me, crime is a perfect escape, a quick sojourn into a bit of the bad stuff before returning to my often heavy reading list. Lehane didn’t deliver any of this for me.

He does present some interesting moral questions here with regards to child welfare and policies. Without giving too much away, he really sets some thoughts in motion around what’s best for a child, and how to set them up with the best beginnings in life. He also provides some seriously disturbing and violent scenes; almost too gut-wrenching and sickening to read with the knowledge this happens to kids the world over. The questions he poses, and the humbling effect the brutality has on a reader, are probably the only skilful elements of this novel.

The plot moves fairly quickly, but I felt there were many descriptive passages which didn’t lend anything to the novel whatsoever. The twists and turns were there, but easily predicted (as always, look for the unlikeliest candidate and he’s your man), and fairly underwhelming. I felt there were a lot of plot points shoe-horned in there for shock value, or to reinforce Lehane’s attempts at grit.

I had no interest in Lehane’s characters. All painted as grotesque caricatures - the hardened cop, the junkie mother, the downtrodden family - there was barely any depth to their characters, a serious lack of development, and I found it difficult to differentiate between some of them thanks to Lehane’s magnolia paint brush tarring them all. The dialogue was flat, forced, and cliched, with absolutely no one shining out as a realistic character. Even the protagonists, Kenzie and Gennaro, were utterly uninteresting.

Gennaro, actually, gets a whole paragraph here to herself. A victim of the curse of male writers, she was presented as nothing more than a quick mind on a gorgeous, and overly described, body; that’s it. She’s a hologram; an ideal - great tits and a man’s mouth seem to be the fantasy for many a male author. Her characterisation, and the fact she was the only female character depicted with half a brain, made me cringe painfully. Oh boys, please do better.

Having now read a few Lehane creations, I’m tempted to write it all off and claim Shutter Island as his only success. Although I managed to finish Gone, Baby, Gone, it’s very doubtful I’ll return to Lehane again, and will most certainly never cast my eyes on a Kenzie and Gennaro story as long as I live.
Posted by JK at 20:51