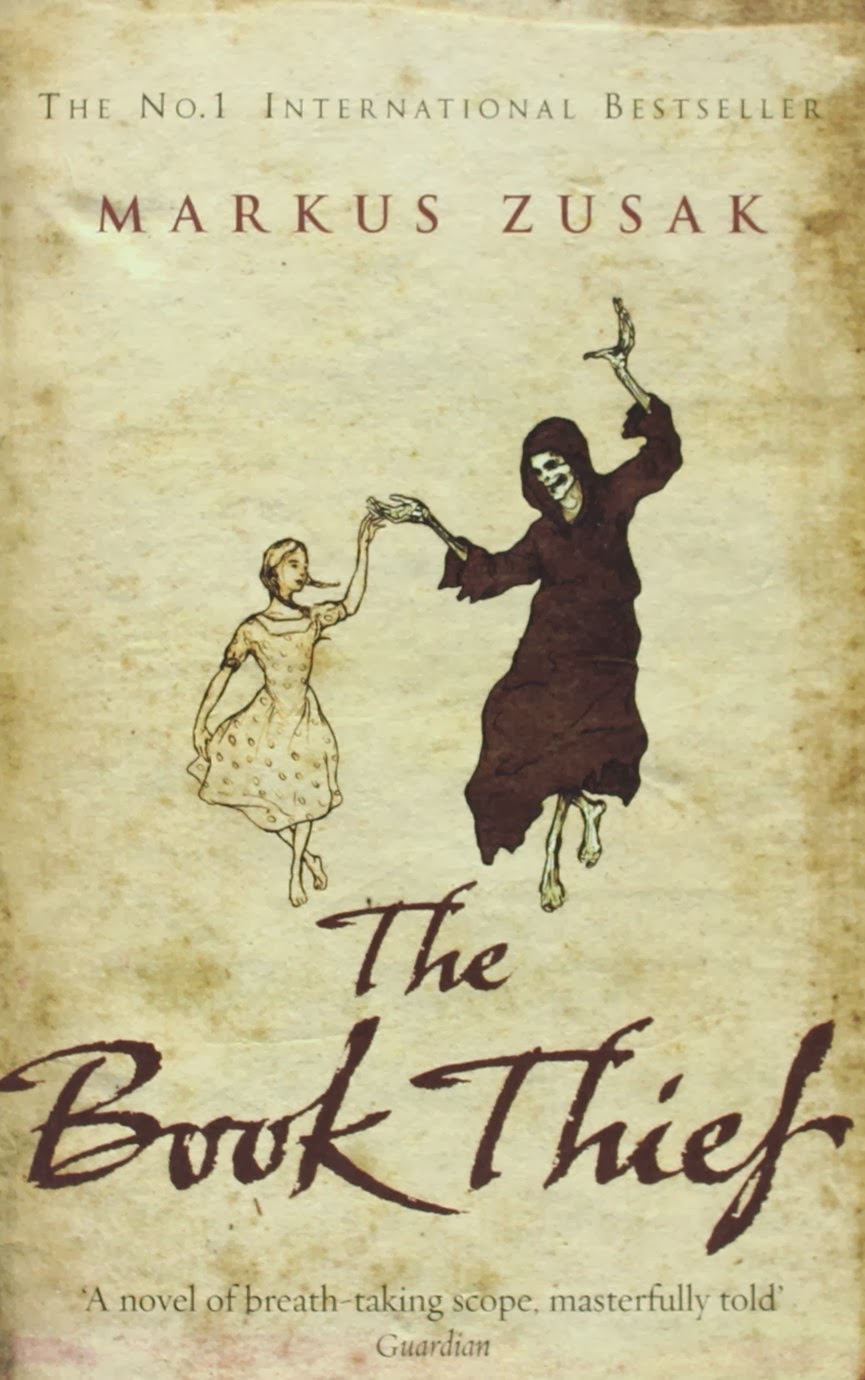 The Book Thief by Markus Zusak

Here is a small fact - you are going to die.


1939. Nazi Germany. The country is holding its breath. Death has never been busier.
Liesel, a nine-year-old girl, is living with a foster family on Himmel Street. Her parents have been taken away to a concentration camp. Liesel steals books. This is her story and the story of the inhabitants of her street when the bombs begin to fall.
Some important information - this novel is narrated by Death.
It's a small story, about:
a girl
an accordionist
some fanatical Germans
a Jewish fist fighter
and quite a lot of thievery.
Another thing you should know - Death will visit the book thief three times.

For me, this is the book. The one you look for to take your breath away, the one you've been searching years for, just to name it your favourite. This the one I tell everyone all about, the one I pass on to people and urge them to read, the one I'm never given back, because how could they let go of this story? Most importantly, this is the book I respond with when asked the most awkward question non-readers ask when confronted with a voracious reader: "So what is your favourite book?" I'll tell you why:

There are a million and one books written about the holocaust. Some say we don't need any more. Some say we need as many as possible, so we never forget. Some say holocaust literature begins and ends with Anne Frank's diary. Maybe all of these people are right in their own way. But I'd go as far to say nothing as wonderful as this novel will ever be written again.

Zusak's prose is poetic. The words glide through your mind like honey; his imagery is absolutely lyrical, and his haunting descriptions of wartime Germany are unforgettable. Zusak makes you understand things that you could never understand, and he uses only the power of his words:

"Imagine smiling after a slap in the face. Then think of doing it twenty-four hours a day. That was the business of hiding a Jew."

My favourite part of the novel is Zusak's characters. They are beautiful. They are perfectly crafted; gorgeously kind to one another, but full of flaws. Mistakes are made in abundance, relationships are broken, whilst others are rebuilt. Everyone has a back story, a reason for their attitudes and behaviours. All are glorious, all feel more than human than people you encounter daily, and all are loved. You'll even fall in love with Frau Holzapfel, who spits on Liesel's door each time she passes. Zusak's character development is eventually the thing that breaks you in the end.

Using Death as a narrator is a wonderful technique. This omniscient inhuman voice tells us the story of the book thief, and as he has no time for mysteries, foreshadows events in her life. Rather than having a spoiler effect, this declaration of future events heightens our anticipation of things to come, and our dread of the worst case scenario. And isn't that just like a war? Knowing you are destined to lose either someone you love, or yourself? That it's only a matter of time? Zusak builds the worst kind of apprehension in us as he alludes to the fact that some of the wonderful people he's given to you may not still be standing in a few pages.

Despite the novel's theme, and our formidable narrator, Zusak never lets things become too morbid. A beautiful vein of humour runs through the pages, and we see how the small things in life can brighten a day. The sheer brilliancy of the character's hearts, and the ways they behave towards each other, is inspiring, and at times the poverty-stricken Himmler Street seems a wonderful place to live.

My own graceless power of words could never completely describe both the joy and sorrow this book brings me. I can only urge you read it, and come away with your heart broken into tiny pieces.

I have hated the words and


I have loved them, and I
hope I have made them right.