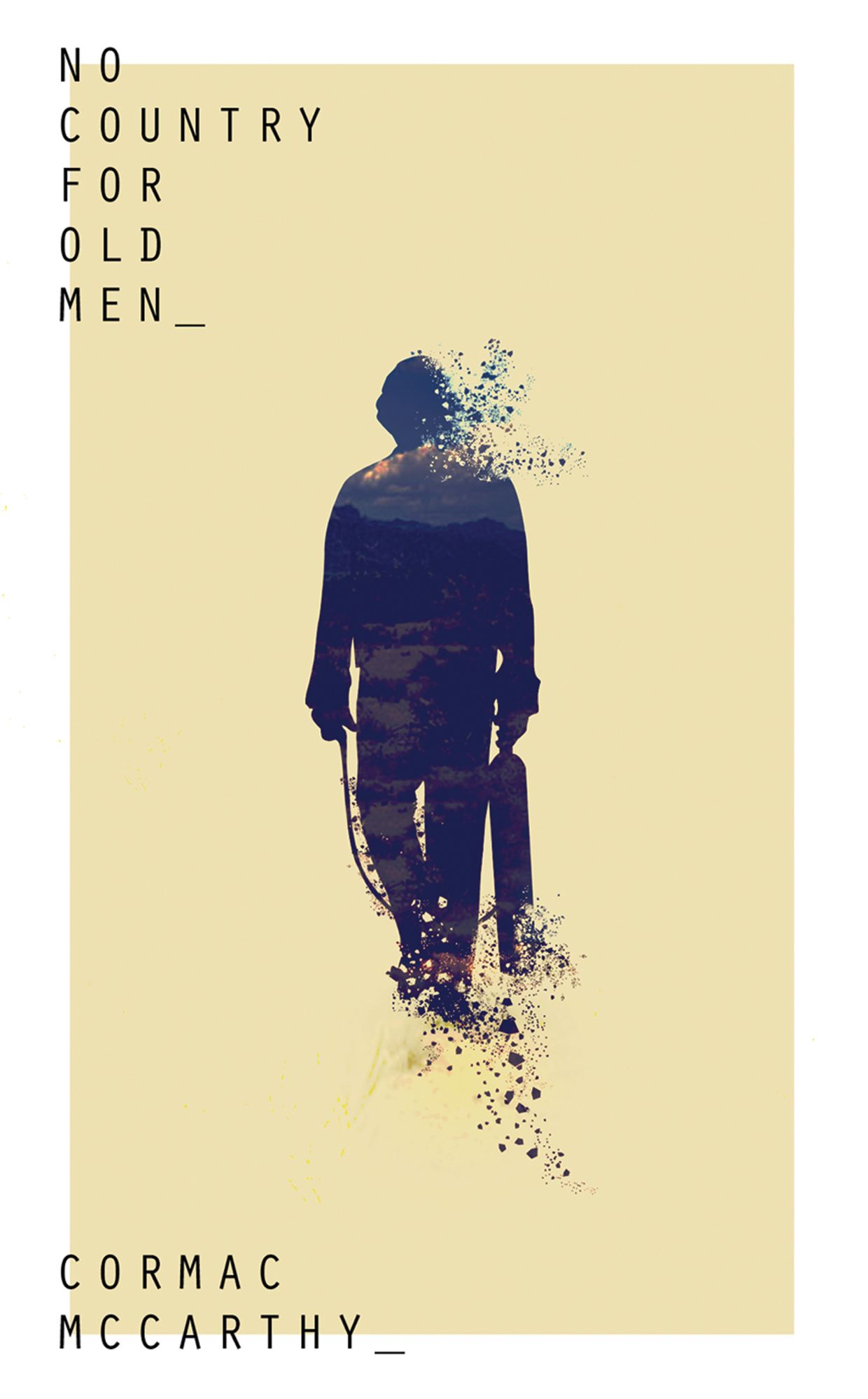 No Country for Old Men by Cormac McCarthy

The time is our own, when rustlers have given way to drug-runners and small towns have become free-fire zones.
One day, Llewellyn Moss finds a pickup truck surrounded by a bodyguard of dead men. A load of heroin and two million dollars in cash are still in the back. When Moss takes the money, he sets off a chain reaction of catastrophic violence that not even the law–in the person of aging, disillusioned Sheriff Bell–can contain.
As Moss tries to evade his pursuers–in particular a mysterious mastermind who flips coins for human lives–McCarthy simultaneously strips down the American crime novel and broadens its concerns to encompass themes as ancient as the Bible and as bloodily contemporary as this morning’s headlines.

Anyone familiar with this story, whether by reading the book or seeing the film, will be aware that it is total chaos. Stumbling upon a few dead men and over two million dollars in a case, Llewellyn Moss chooses to cut and run with the cash and incites a tornado of flames behind him.

Although it seems clear the novel is a brooding crime drama, McCarthy quickly dispels this myth and provides us with philosophies on good and evil, nature and nurture, choice an destiny. I particularly enjoyed Sheriff Bell’s italicised ponderings on the nature of man and his country, amongst other deep and meaningful reflections on life.

McCarthy’s style is simple in portraying the Southern setting; his use of colloquialisms packed together with a lack of punctuation gives the story a raw edge, something belonging to the time and place its set in. There is challenge here in understanding what’s going on; McCarthy refuses to spell it out for you, and uses a tell don’t show tactic in a way in which I’ve never experienced before.

I found this a difficult read, as I have other McCarthy works, and similarly I am finding it difficult to review. I imagine anyone who has already tackled this will understand my feelings. Despite it all, this is a great one to experience; McCarthy takes a standard crime tale and twists it into something which could almost be called beautiful.