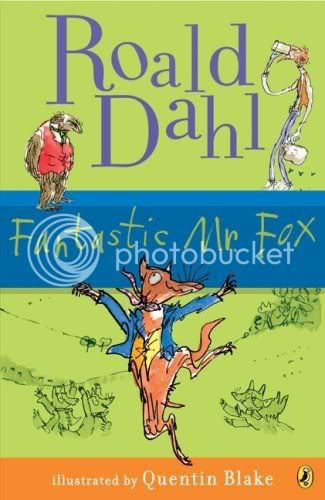 Boggis, Bunce and Bean are the meanest three farmers you could meet. They are determined to get Mr Fox - but he has other plans!

I love this book. The story is exciting and fast-moving, with the characters being really funny and loveable. I liked that the three farmers were almost caricatures of vice - gluttony, alcoholism, greed etc. They were shown as being increasingly horrible and odious, and quite typical of Dahl villainy. In the same vein, Mr Fox is quite the cunning Dahl hero. I liked the way he took charge and came to a satisfactory solution, his sheer genius, and his love for his wife and kids.

Like most Dahl books, there are a few moral questions to be raised. For example, is it okay for Mr Fox to steal to prevent his family from starving? If animals are humanised in this world, then surely the chickens and ducks will be humanised and are being eaten? Why did the female animals get tired and give up so early on?

It was a lovely quick read, nonetheless. It's recommended to kid aged four to eight, which I'd agree with, but it's a wonderful read for adults too.