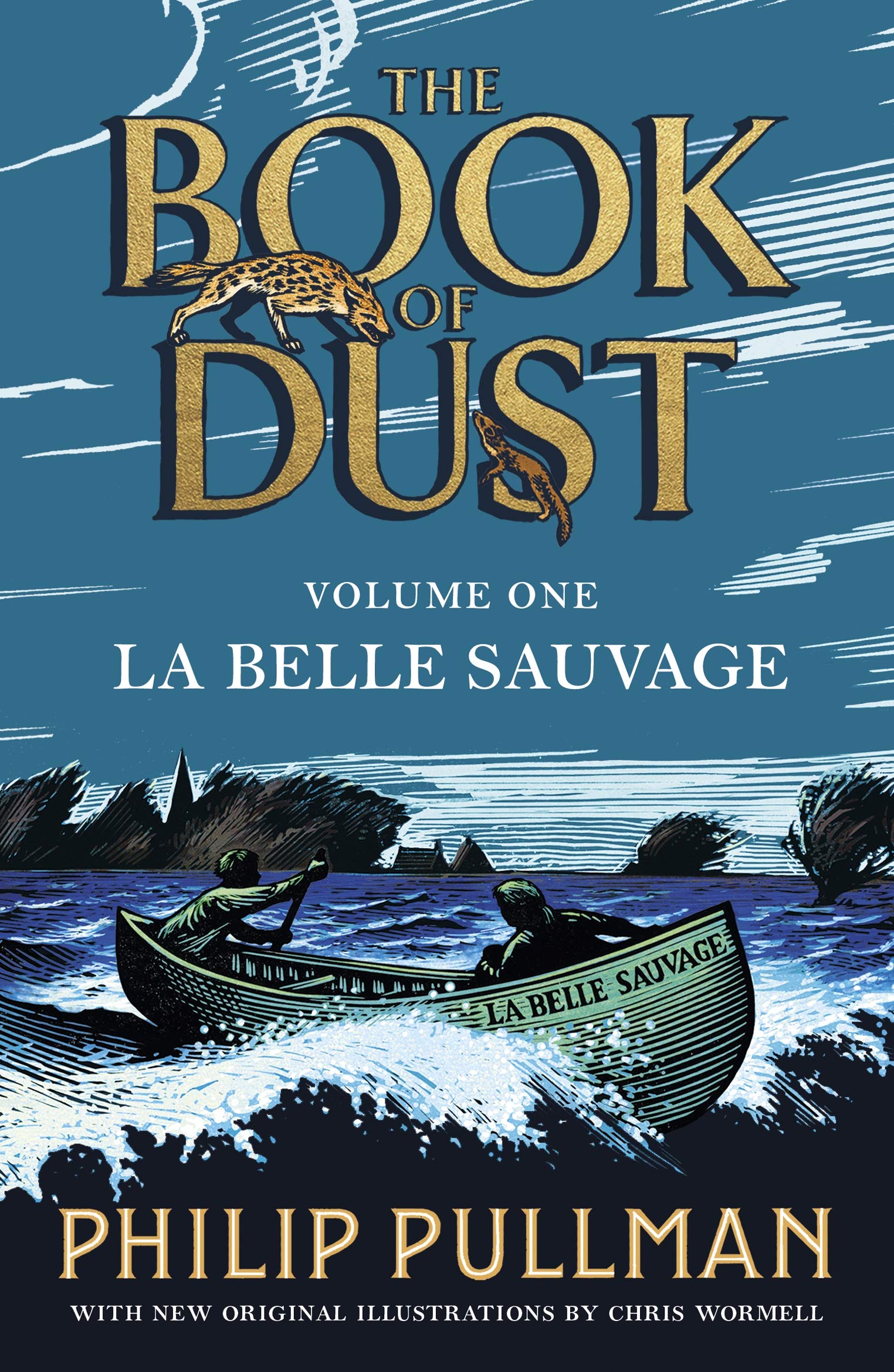 Malcolm Polstead is the kind of boy who notices everything but is not much noticed himself. And so perhaps it was inevitable that he would become a spy...
Malcolm's father runs an inn called the Trout, on the banks of the river Thames, and all of Oxford passes through its doors. Malcolm and his dæmon, Asta, routinely overhear news and gossip, and the occasional scandal, but during a winter of unceasing rain, Malcolm catches wind of something new: intrigue.
He finds a secret message inquiring about a dangerous substance called Dust--and the spy it was intended for finds him.
When she asks Malcolm to keep his eyes open, Malcolm sees suspicious characters everywhere; Lord Asriel, clearly on the run; enforcement agents from the Magisterium; a gyptian named Coram with warnings just for Malcolm; and a beautiful woman with an evil monkey for a dæmon. All are asking about the same thing: a girl--just a baby--named Lyra.
Lyra is the kind of person who draws people in like magnets. And Malcolm will brave any danger, and make chocking sacrifices, to bring her safely through the storm.

I feel I only enjoyed this as much as I did because I’ve only just finished reading His Dark Materials trilogy. La Belle Sauvage draws its charm by subtly referring to characters and plot points in the original books, and it’d be a bit of a push for this to stand on its own, even as the first instalment of a new trilogy.

In the main, Pullman’s characters were gorgeous. I fell in love with Malcolm who, despite being a pretty beige and unassuming pre-teen, has clear growth and increasing maturity as the novel progresses. His friend Alice, who is with him for the majority of the novel, is far more complex and easy to understand as a young woman. And Lyra as a giggling baby – although she couldn’t be characterised well at that age - seeing her and baby Pan was just lovely. Apart from these three, and their daemons (Ben was a love), there was nothing much in the way of characterisation to compel and engross us.

A young Dame Hannah (flashback to His Dark Materials) was introduced; curious, nervous, and at the beginning of her career, it was gorgeous to see her become involved with Malcolm, giving him guidance, support, and a good few different works of fiction to borrow. She becomes deeply involved in matters she’s unsure of, there’s a lot of foreshadowing on Malcolm’s fate, and then she completely disappears from the pages. I was desperate to find out what happened to her – did her books survive the flood?? – but the way she dissolved completely almost rendered her character utterly futile.

Pullman’s antagonist, a seemingly friendly man with a fierce three-legged hyena demon, started out as completely interesting, and yet his story fell flat for me too. Information on his life was slowly trickled through gossip channels, landing at my feet with glee. But no more. I didn’t find out what he was attempting, why he was the way he was, what exactly he had done in the past and how it was all connected. For both of the above characters, it’s possible the answers will come in the next instalment, however Pullman has stated this one will be more of a sequel to His Dark Materials. So many questions.

Although the story itself is beautifully and lyrically written, with the most stunning illustrations supporting Pullman’s words, the plot itself doesn’t have much going on. The first half feels pretty anticipatory; we see Malcolm go about his daily rituals whilst we’re safe in the knowledge shit is about to go down, but the second half of the novel is purely a mildly concerning boat ride. There’s no real terror (as, if you’ve read His Dark Materials, you know they will be okay), no direction, and an awful lot of changing nappies.

Pullman once again comments on theology and democracy, but definitely not in as hard-hitting a fashion as the previous trilogy. Dust was mentioned a few times, but I was pleased it wasn’t the main focus of the novel; I am sick of that glittery shit and its scientific causes. I was also pleased there were no roller-skating elephants in this one.

I’m unsure what else to say. Perhaps my complaints will be solved upon the release of the next novel, perhaps they won’t. I will always retain a love for Malcolm, however, and I really hope Ben settles into bulldog form. Goodnight, La Belle Sauvage.