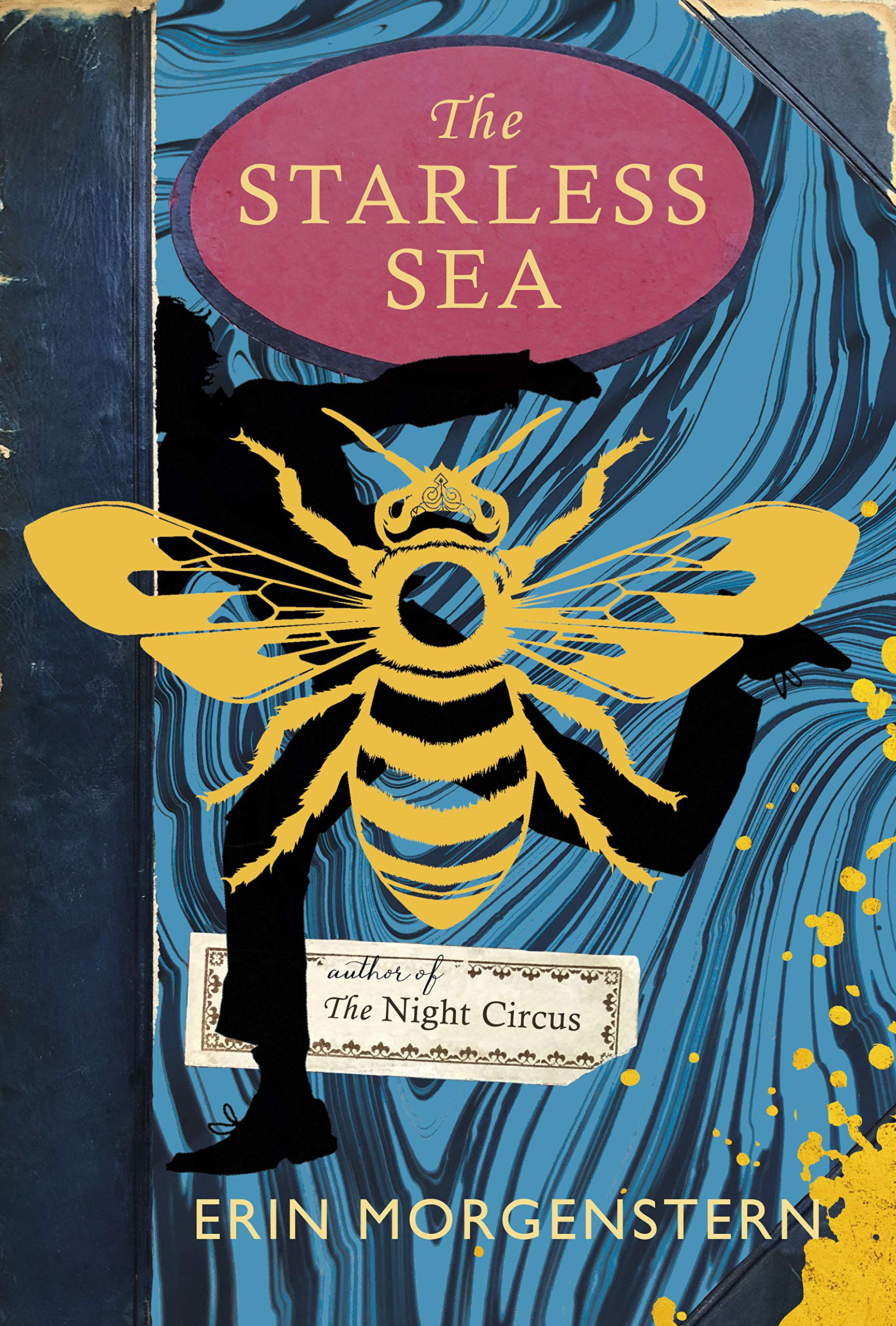 The Starless Sea by Erin Morgenstern

Zachary Ezra Rawlins discovers a mysterious book hidden in the stacks. As he turns the pages, entranced by tales of lovelorn prisoners, key collectors, and nameless acolytes, he reads something strange: a story from his own childhood. Bewildered by this inexplicable book and desperate to make sense of how his own life came to be recorded, Zachary uncovers a series of clues -- a bee, a key, and a sword -- that lead him to a masquerade party in New York, to a secret club, and through a doorway to an ancient library, hidden far below the surface of the earth.


After becoming desperately in love with The Night Circus in 2013, I was fizzing with excitement to read this. I can’t honestly say what I was expecting, but it certainly wasn’t this.

Morgenstern plunges us into her subterranean world using the much-loved style and language debuted in her first novel. Everything is dreamy, beautiful, and worded to perfection. Setting, dialogue, clothes, character; everything just has this dazzling, other-worldly feel to it, her prose peppered with symbols and metaphors, her characters fogged in mystery and intrigue. Cats, keys, bees, crowns, wine, honey, swords, books. I was very much on board.

This is no easy fantasy, and what follows feels like a drug-induced dream of parallel universes, magic, and fate. Time is subjective, space is an illusion, and it’s incredibly difficult to become lost in The Starless Sea.

There is no real plot to speak of. You initially think there is, but there isn’t, and I can’t decide whether Morgenstern meant for this to happen. Should stories have a beginning, a change, adaptation, and an end? I don’t think they necessarily do. Did this have a particular thread for me to follow, something for me to aspire to? No. Did I enjoy it, did I engage? Yes, very much so. Do I still remain utterly confused? Yes.

I needed much much more from Morgenstern’s characters here; I felt she sacrificed their stories and motivations in favour of her lyricism and profound dialogue. Who are these people? What do they love, loathe, dream of? How can two guys fall in love without ever really finding out who the other really is? What happened to the university librarian as I really think she was quite hot? And Zachary’s fortune telling mama was woefully underused.

Sometimes I will read a book and become incapable of putting my thoughts down about it. I loved it, but I couldn’t follow it; I was engaged, but puzzled. I wanted to be swept away in a starless sea of excitement, but instead I feel as though I’ve been swept unceremoniously from bed whilst having the strangest dream of my life. I wanted to write an excellent review, but I’m honestly just baffled, so I will stop here.
Posted by JK at 17:30