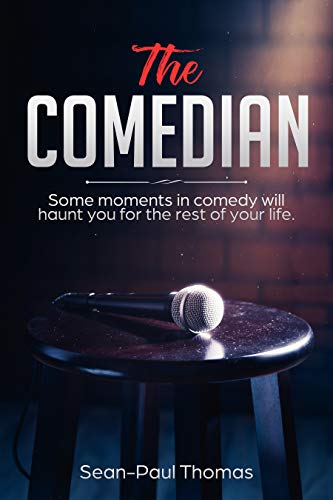 The Comedian by Sean-Paul Thomas

Bill, an aging world-famous comedian, and his PA daughter arrive in Edinburgh during the Fringe Festival to receive his lifetime achievement award. Bill hasn’t been in the city for well over 40 years though and is soon haunted by memories of his wild and adventurous past there - including ghostly visions from a beautiful, but fiery and feisty, old Scottish girlfriend.
But why are they are no longer together and what actually happened to his first real love all those years ago?

This story has broken my heart in a number of ways.

Bill Jones, originally from Edinburgh, is an incredibly famous comedian with his own US talk show. Known the world over, he returns to Edinburgh to accept a lifetime achievement award. On his arrival, and during his subsequent wanderings through his old haunts, his past demons return to plague him, and we see why he left Edinburgh in the first place.

There really is something to be said about how a place, even an entire city, can evoke memories we think we’ve long forgotten. A place can also resurrect long beaten habits, and trigger a relapse into old and dangerous routines. Bill’s repressed memories of Edinburgh were painful, and his Scottish routines too tempting to neglect.

Thomas paints all of this beautifully; Bill’s squeaky clean life of fame contrasts well with Edinburgh’s depravity, and yet neither life can be pinpointed as the better one. It seemed to me that Bill wasn’t happy in either of these worlds, and that is the most heartbreaking part.

I would’ve loved for this to have been longer. Bill’s life both pre and post fame was worthy of a deeper exploration and Thomas has created a stellar character in him. Despite part of me feeling as though Thomas left the story vague to allow us to apply our own inferences, part of me also felt there was much much more to be told, and although the ending shocked me, I was more shocked that I had run out of book.


Thomas is insanely talented at his craft, and this is no exception. I really enjoyed My Sister and I a couple of years ago, and I’m glad I have some more of his work left to enjoy very soon.
Posted by JK at 20:47