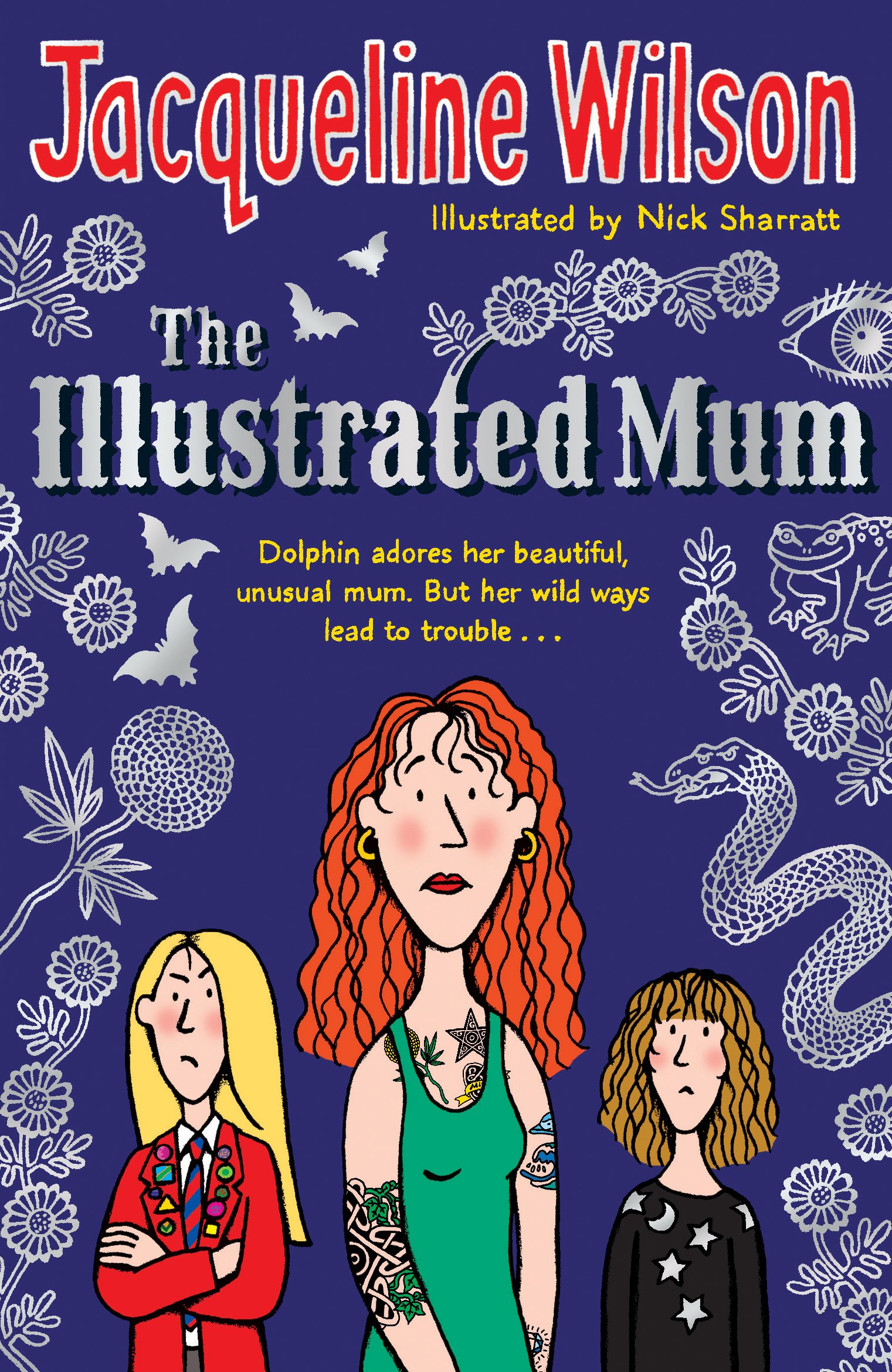 The Illustrated Mum by Jacqueline Wilson

Dolphin adores her mother: she's got wonderful clothes, bright hair and vivid tattoos all over her body. She definitely lives a colourful life. Dolphin's older sister, Star, also loves her but is beginning to wonder if staying with a mum whose temper can be as flashy as her body-art is the best thing for the girls.

In true Wilson style, this is a book which will seem exciting and exotic to children, yet harrowing and dark for adults.

Marigold has two girls, Star and Dolphin, who have two different (yet both absent) dads. She presents herself to her daughters as a friend rather than a mum, resulting in the girls having to look after themselves much of the time. Marigold has mental health issues and alcoholism, tends to disappear overnight, and spends the majority of their money on frivolities.

Wilson deals with these themes delicately and masterfully. Presenting from the point of view of Dolphin, she paints a horribly bleak picture of loneliness, as she tries to come to terms with her mum’s behaviour, and tries to hold the family together. Marigold’s delusions, flights of fancy, and erratic choices prove difficult for a small girl to cope with, and we ultimately see how this progresses for the family.

I didn’t read this one when I was younger, but I know that I’d have been completely taken with Marigold - her dress sense, her tattoos, her dinners consisting only of cake and chocolate, her penchant for allowing the girls to do whatever they liked. I hope I’d have understood some of the underlying issues here, but I know Marigold would have captivated me.

As an adult, I was horrified to see two little girls exposed to the worst aspects of a mental health decline. For them to have no other adult to turn to, given the biased opinion of their teachers and neighbours, was utterly heartbreaking. I think Wilson handled this perfectly, with the girls feeling they needed no one outside of their family unit, only to be shown by the end of the novel that help is available and can work wonders.

This was released in 2000, and though we’ve come a long way in understanding mental illness since then, some of Wilson’s commentary here is still very relevant and important. The social bias in particular is still rife, and the reluctance to seek help very much still a thing. Although Marigold is worried about electric therapy and straitjackets, while our hesitation is mainly due to stigma, NHS waiting times, and a British abhorrence to showing weakness, the reluctance is still a huge factor for us almost twenty years after this novel was published.

A truly wonderful handling of a difficult topic - engaging, heartwarming, and bloody important.