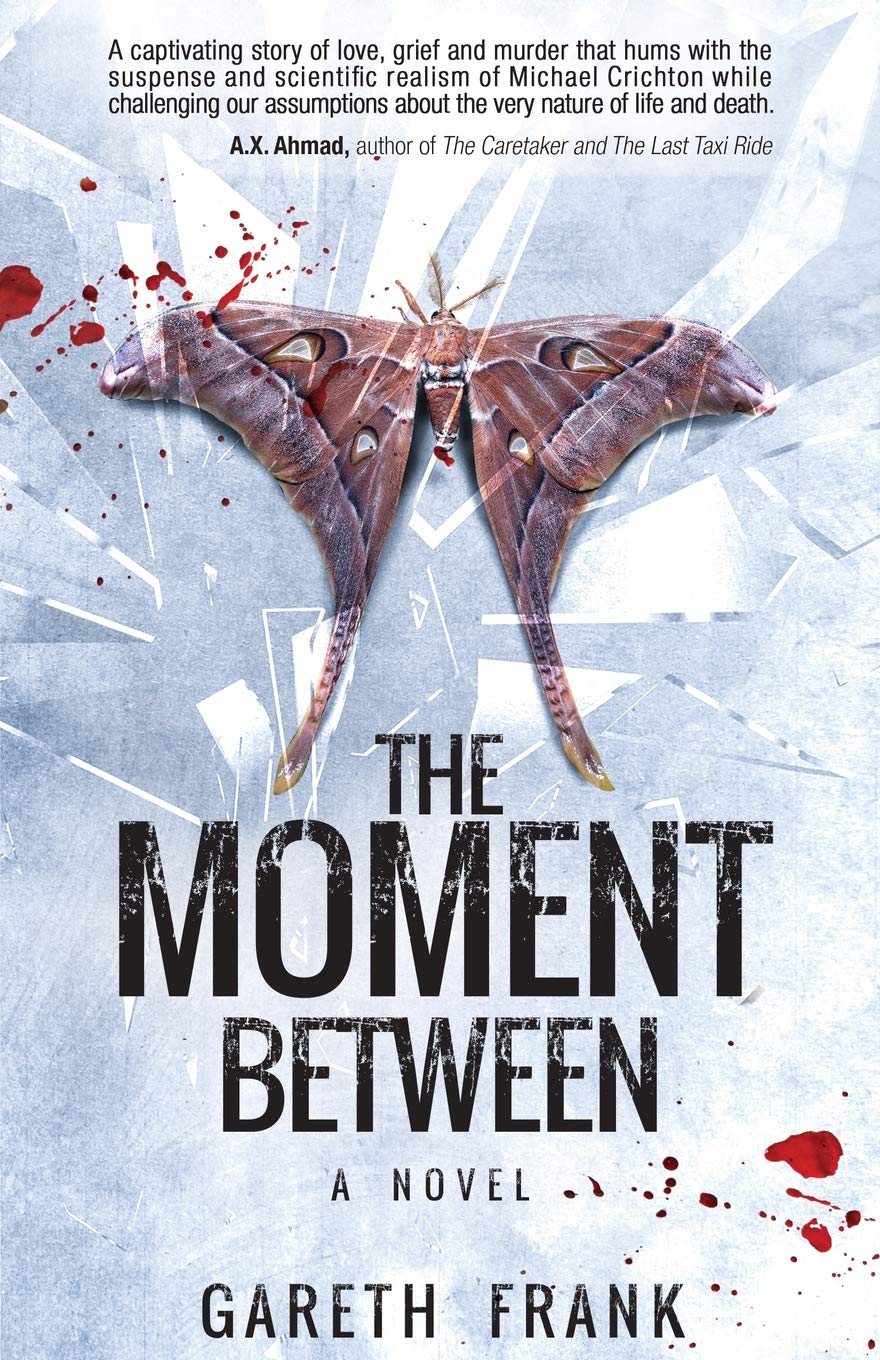 The Moment Between by Gareth Frank

After four years of mourning, Doctor Hackett Metzger is determined to stop letting his wife's death control his life. He is finally beginning to live again, but his recovery leads to an unexpected fight for his own survival and startling revelations about what happens to all of us in The Moment Between.


Hackett, a brilliant neurologist, is a skeptic. He doesn't believe he will one day be reunited with Jean, or dwell with God in heaven. What he does believe is that he should have seen the warning signs of her heart attack; he should have saved her. He also cannot accept the possibility that his clinical study of near death experiences could prove the existence of a conscious afterlife. When Hackett falls for the mother of a patient, grief finally begins to fade. But he has no idea his new love is hiding her dangerous past. Will Hackett's damaged spirit endure another heartbreak? And, will he survive the treachery around him?
As life and research collide, the good doctor discovers that the secrets of love and death just may be part of the same fabric.


With The Moment Between, Frank has perfectly fused genres to create a tense, philosophical and psychological take on a typical thriller.

Exploring the story of Dr Hackett Metzger, who lost his wife four years ago, we see his grief and loneliness peppered through his love of medicine. Frank really knows his stuff here, and the protagonist is characterised as a wholesome gent who knows his craft. When a colleague becomes involved in a study focused on the moment between life and death, we’re given thought-provoking ponderings, and existential questions.

Although these deep and meaningful passages did hold my interest, my love here was far more attached to Frank’s characters, particularly our doctor’s new woman. She blazes into his life, creating chaos in the manner of a banshee, and although we know her secret, it’s utterly tantalising watching Hackett slowly begin to understand her motivations.

I really liked the contrast here between profundity and suspense. One moment Hackett is considering the complexities of life and death, and the next he’s embroiled in manipulative and dangerous fights with his new wife. I was struck with the knowledge that no matter how intelligent we are, no matter what discoveries we strike upon, real life will always find a way to drag us back .

This is an excellent debut novel; engaging, provocative, and original.

Note: as a speaker (and lover) of Glaswegian slang, I’d like to direct you here so you can understand why the protagonist’s name is so very hilarious to me.
Posted by JK at 20:30