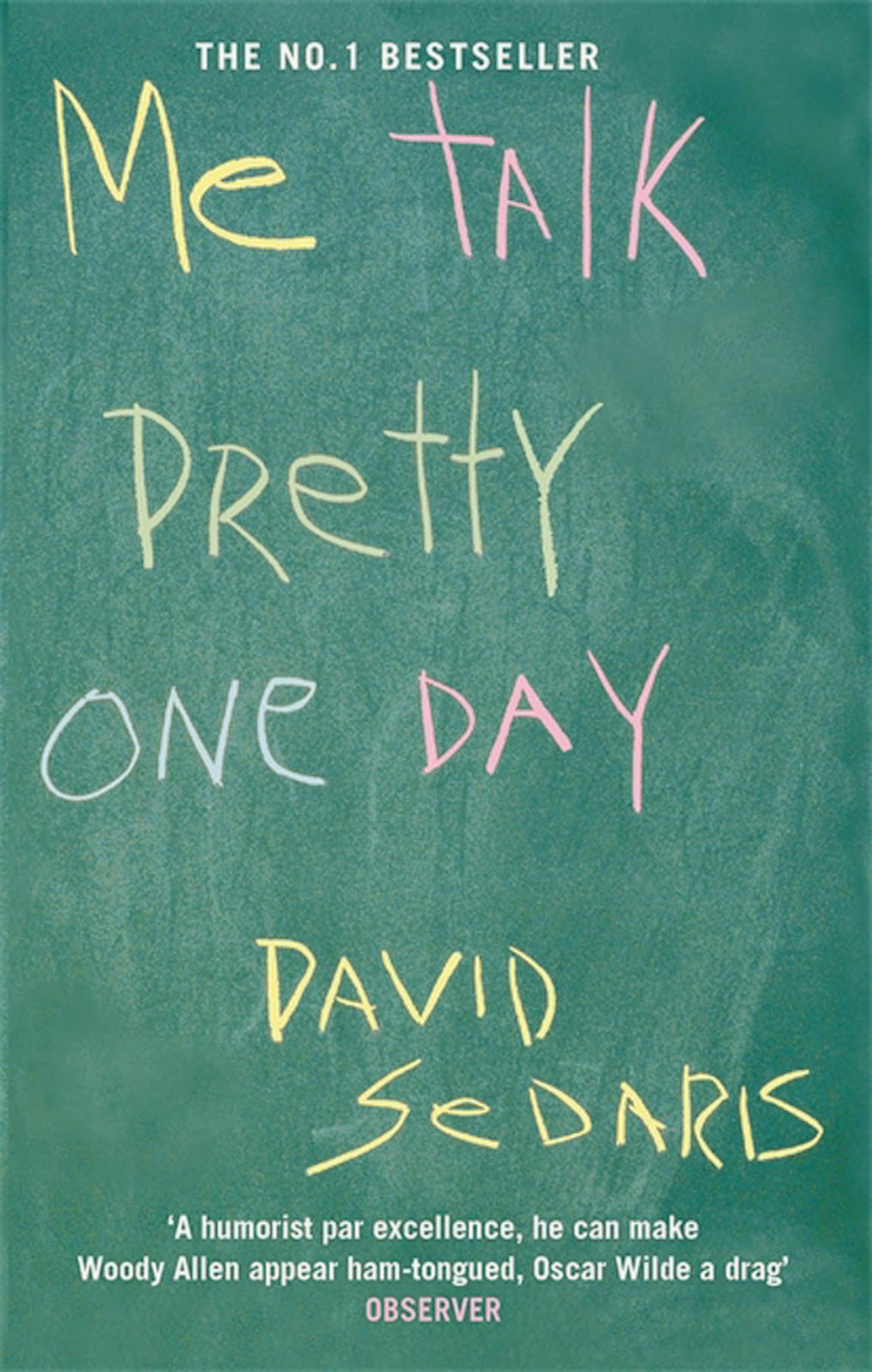 Me Talk Pretty One Day by David Sedaris

Me Talk Pretty One Day, published in 1999, is a best-selling collection of essays by American humorist David Sedaris. The book is separated into two parts. The first part consists of essays about Sedaris’s life before his move to Normandy, France, including his upbringing in suburban Raleigh, North Carolina, his time working odd jobs in New York City, and a visit to New York from a childhood friend and her bumpkinish girlfriend. The second section, "Deux", tells of Sedaris’s move to Normandy with his partner Hugh, often drawing humor from his efforts to live in France without speaking the French language and his frustrated attempts to learn it.

I didn't like this book. I should have liked this book; thousands of others have (!) and I'm just the type of cynic who should enjoy these sort of essays: humiliating revivals of times where Sedaris should have done something, should have taken action like a grown man, but didn't.

These little anecdotes were utterly pointless. Nothing really happened, I didn't laugh (I think I was supposed to), I clicked on immediately that the stories were exaggerations (i.e. complete fiction), and just as quickly had Sedaris pigeon-holed as mean, bitchy, and kind of a dick.

I can't waste any more time telling you how dull this whole thing was, so, in summary: reality television on paper. Think of the worst you've ever seen spread across 270 pages.
Posted by JK at 19:11