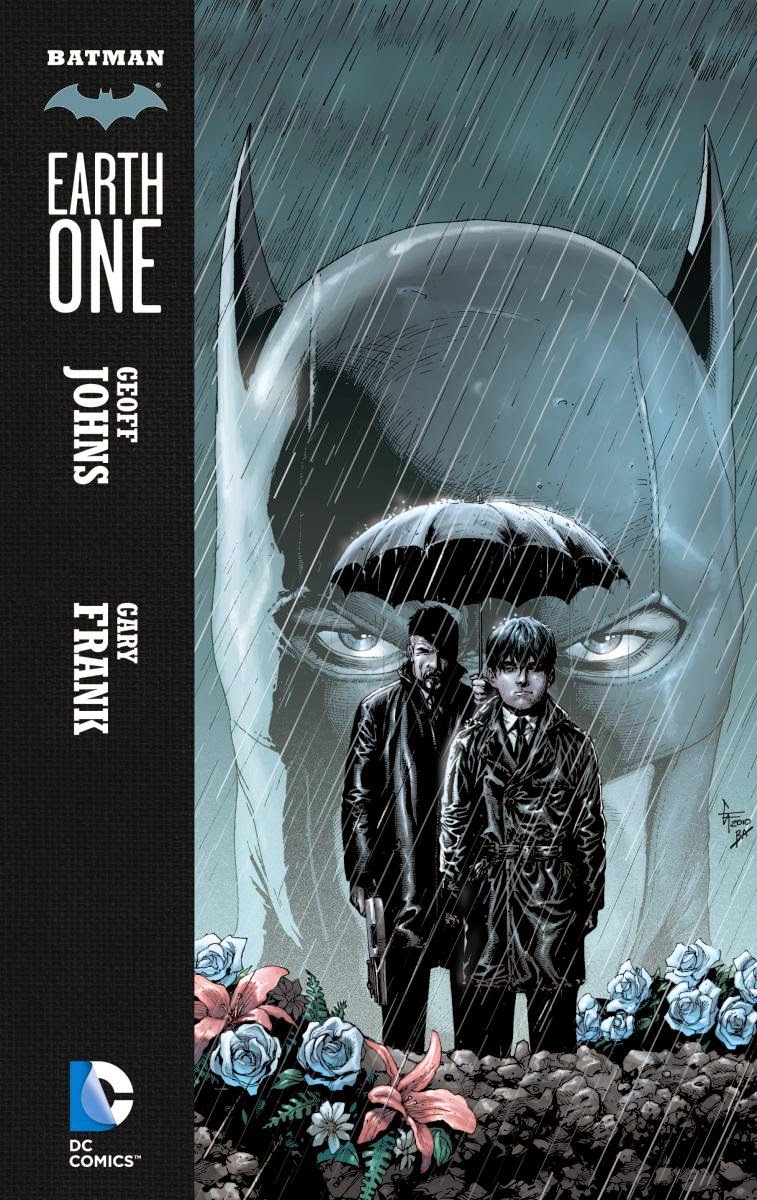 Batman Earth One by Geoff Johns and Gary Frank

In a Gotham City where friend and foe are indistinguishable, Bruce Wayne's path toward becoming the Dark Knight is riddled with more obstacles than ever before. Focused on punishing his parents’ true killers, and the corrupt police that allowed them to go free, Bruce Wayne's thirst for vengeance fuels his mad crusade and no one, not even Alfred, can stop him.

This focuses on Bruce Wayne becoming Batman in order to avenge his parents' death, which, this time, is positioned as a political assassination over a botched robbery attempt. Bruce is still learning how to conduct himself, and how to work his crap gadgets. He's shown as a very human Batman, making mistakes, needing help, and getting himself into scrapes. He isn't out to fight crime here, he only wants revenge. This allows the story to soon turn incredibly dark and twisted, more so than I had expected.

Gotham is scarier here because it's lacking certain things that make it safe in other Batman stories. Gordon's legendary bravery and dedication to crime prevention is completely lacking, the city's superhero is a total amateur who can't keep his balance on the roofs, and the criminals seem to be running the city entirely - with the majority of the police force corrupt, and in the criminals' clutches.

The artwork is gorgeous, intricate, and suitably dark. Frank's take on Gotham, and in particular the characters, was absolutely wonderful. Sometimes the art fused so well with the writing that I had goosebumps.

I loved how Alfred was portrayed here; a built, ex-military man, who served with Thomas Wayne, with a walking stick and a hell of an attitude. There's no nice gentle butler here: Alfred is totally bad ass, becoming Bruce's guardian merely out of a sense of duty, rather than love, and we then see the developed bond in the flash forward. There was very little in the way of character development, however, and I would've liked more of a back story to Alfred's fierce new style.

A fresh re-writing of Batman's origins, and beautifully drawn. The characters had new looks and new motivations, and the story was wonderfully written. Absolutely gorgeous.
Posted by JK at 22:53