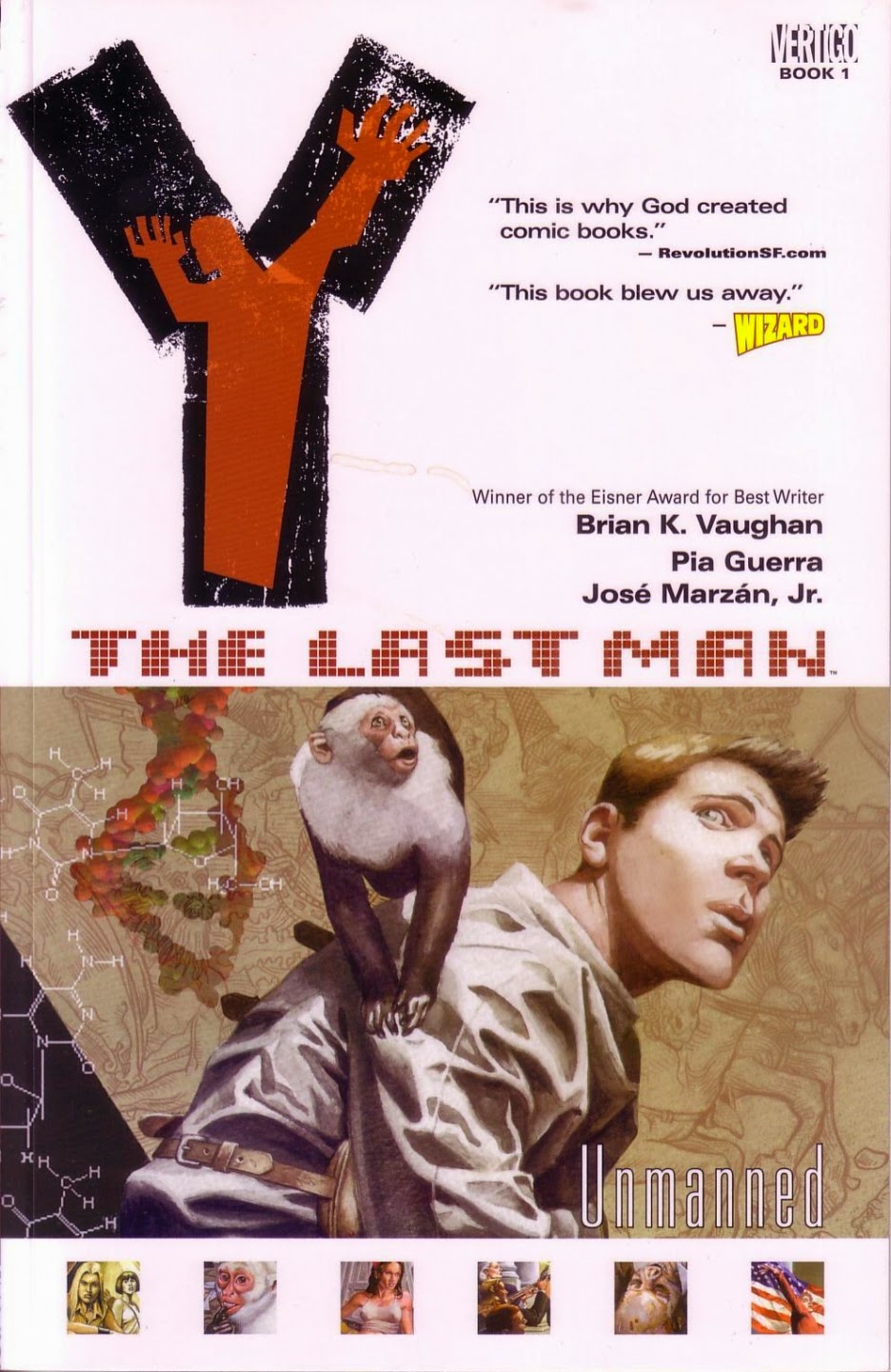 When a plague of unknown origin instantly kills every mammal with a Y chromosome, unemployed and unmotivated slacker Yorick Brown suddenly discovers that he is the only male left in a world inhabited solely by women. Accompanied by his mischievous monkey and the mysterious Agent 355, Yorick embarks on a transcontinental journey to find his girlfriend and discover why he is the last man on Earth. But with a gang of feminist extremists and the leader of the Israel Defense Forces hunting him, Yorick's future, as well as that of the human race, may be short-lived.

I love a good apocalypse. I particularly love the idea of one which wipes out the entire male species, excepting one man and his monkey. I like knowing the cause of the plague itself is vague, and could be a number of different things. I can also live with the fact that the survival of good old Yorick (well done, Shakespeare loving father), is pretty far-fetched. For now, at least.

Enter the kick-ass chicks. Every female character here has some sort of agenda, whether political or otherwise. It truly is every woman for herself, and the power struggles are literally violent. The feminist commentary here is rife, but with a few amusing asides, such as women using the Washington Memorial, a very obvious phallic symbol, as a memorial to the lost men. I'm not entirely convinced a woman-only world would operate like this, but it's an interesting concept. I read a few (male) reviews of this, and it's hilarious to see them say, "So that's what a female inhabited world would be like!" No, darling; my guess is we'd be absolutely fine. But that's a conversation for another day.

Yorick himself is pretty spineless and kind of pathetic. He insists on crossing the globe to be reunited with his girlfriend, who is currently in Australia, and fuck finding out why he survived! Never mind all the political bloodspill at home! He wants to see her, regardless of the consequences. How typically male! The problem is, if the human race is to be repopulated, he'll have to co-operate. But how can he, when he's so devoted to his girlfriend? He's pitiful. I wouldn't sleep with him if he was the last man on... oh.