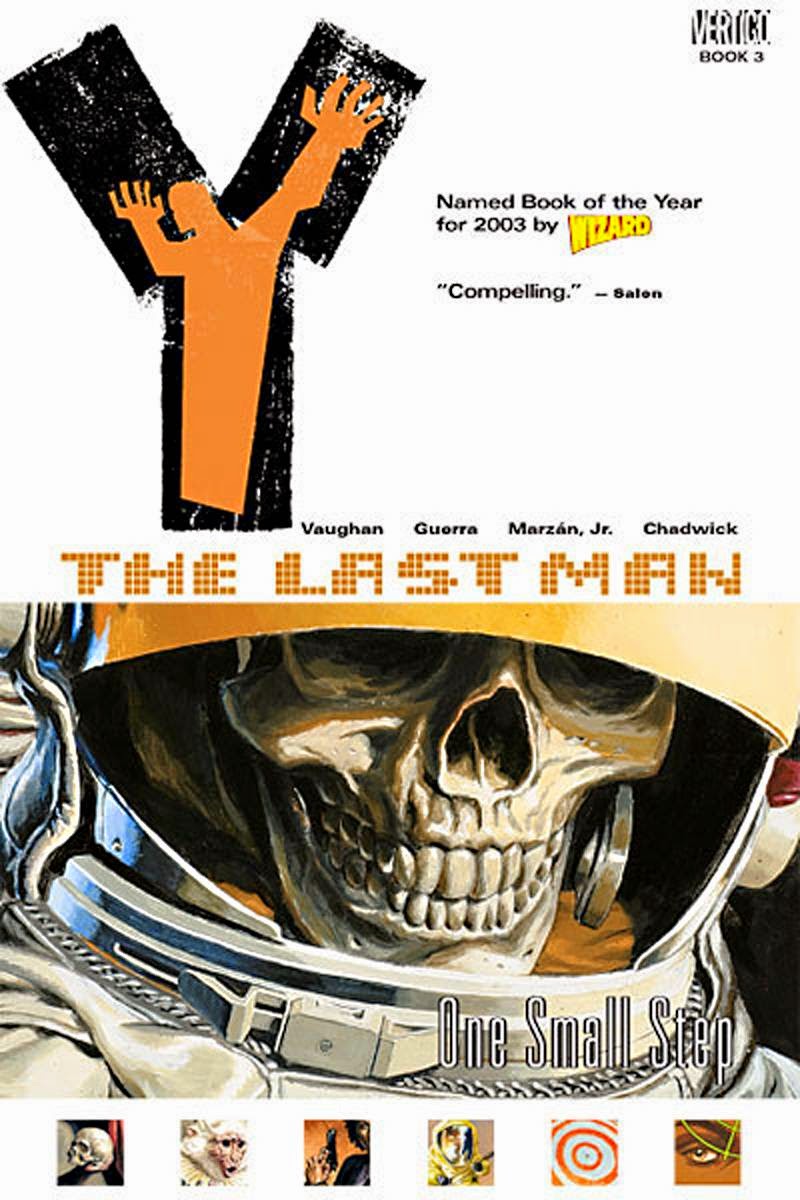 After a mysterious occurrence instantaneously killed every male human on Earth, twenty-something escape artist Yorick Brown suddenly found himself as the last man alive on a planet inhabited solely by females. But when Yorick and his secret service bodyguard learn of a Russian spaceship with two healthy males on board, they quickly journey to its projected landing site in Kansas to see if the rumor is true. Now as Yorick and Agent 355 wait to see if the cosmonauts will survive their return to Earth’s atmosphere, a zealous faction of the Israeli military attempt to kidnap the last man for their own nefarious purposes.

The plot wears on, with the kick-ass chicks trying to protect and defend Yorick, for reasons which I'm sure we've all forgotten. It was good here to see the subplot involving the Israelis come to a head, and I liked the idea that their plans for him were merely to use and objectify him in order to repopulate their country. I just hope they weren't looking for any post-coital conversation from him. Yorick was still pathetic, and a pain in the arse. He cleverly grows a beard to allow him to pass as a woman (ironic, but explained by the fact women are now sporting beards), yet still remains a little boy.

A subplot involving a theatre troupe was fired into the end of the volume. This didn't connect well, and seemed to be a bit of a pointless exercise, other than a tiny bit of foreshadowing and more off the mark feminist commentary. The characters talk of 'exploding gender roles', then sneer at a woman who likes soap operas and home baking. Yes, that's a traditional female role, but who cares if that's what you like? We can't all be sword-toting militants.

Again, the artwork was gorgeous, particularly the between issue pages. My favourite being this clever and gorgeous piece of Ampersand and Yorick: 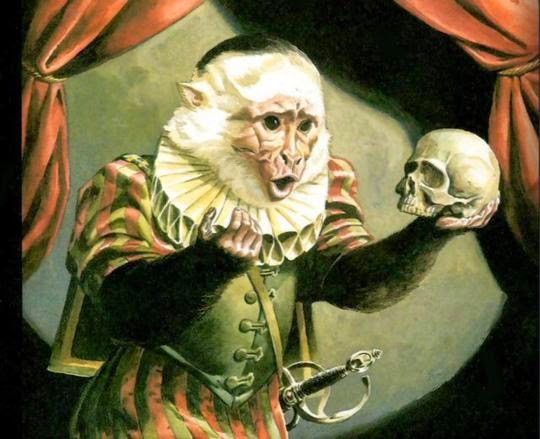 The premise of the story, and a need to know what happens, is the only thing that's keeping this going for me. I really want to love it; the story itself is engaging, and there is a real desire to see it through to the end, but the little niggly things above, and in previous reviews, are getting to me.
Posted by JK at 15:35

Y the last man was one of those series that everyone jumped on and claimed to be the best thing ever....I could never get into it half as much as everyone else, especially as the plot wore on.

While there's some interesting stuff going on it just becomes far too unrealistic as the book goes on. I know the y chromosome apocalypse isn't particularly realistic anyway but as it goes on, they just pile far too much stuff into it for it to feel real.

It totally jumps the shark about halfway through the run with the inclusion of ninjas and I've never been able to finish it....

I reviewed the first six volumes a while back, I'd reccommend you check them out because the series gets borderline unreadable toward the end.